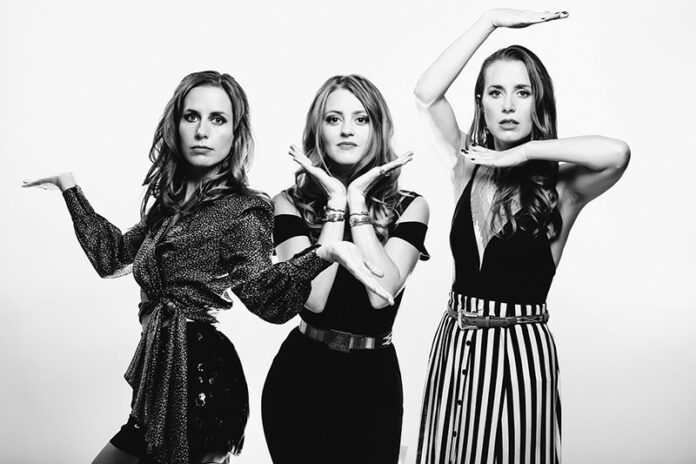 The self-described “sassy sister folk” trio of Erika, Rachel and Chloe Tietjen has been entertaining fans in the Bay Area and beyond since debuting as the T Sisters at an open mic event in 2008. Gifted with soaring vocals, the sisters have found acclaim in Americana and folk circles for their multi-part harmonies and arresting arrangements.

Their 2014 debut album, Kindred Lines, was produced by bluegrass legend Laurie Lewis and told a folksy coming-of-age
story steeply rooted in themes of family. After two years of constant touring, the
T Sisters released their long-awaited self-titled sophomore album last month. The album is made up of nine original songs and a cover of Irish songwriter Foy Vance’s “Make It Rain.”

Sonically, the new record still harks back to the traditions of folk music while also offering contemporary flourishes. The sisters sprinkle in elements of soul and doo-wop throughout, and the album’s roster of guest performers include violinist and composer Anton Patzner, best known for his work with Oakland “string metal” band Judgment Day, and jazz keyboardist Gianni Staiano.