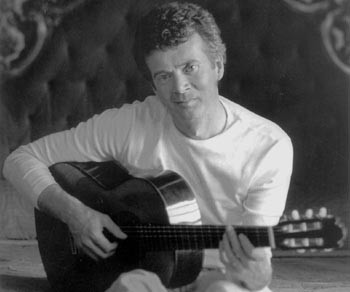 GUITAR PLAYER and composer Peter White would prefer to be known as a good musician, rather than being lumped into the genre known as smooth jazz. “I have nothing personally against the term,” he says, “but I understand how it might disturb some pure jazz players. Remember, musicians didn’t come up with the term; it was invented by radio station guys. Some people say what I play is not really jazz, and my response is: ‘I never said it was.'”

If one were required to categorize White’s music, it would fall somewhere between instrumental pop and R&B. Listening to his seven solo albums to date (save for his 1997 Songs of the Season Christmas album), one can hear a steady progression toward more R&B-tinged tunes.

Nineteen years of backing English folk/rock legend Al Stewart has infused White’s playing with a smart pop sensibility. His skills on the Spanish guitar were showcased on the popular song “On the Border,” part of Stewart’s epochal Year of the Cat album. White’s first two solo albums, Reveillez-Vous in 1990 and Excusez-Moi in 1992, included tunes that White originally wrote for Stewart but that never saw the light of day, and perpetuated the unique interplay between acoustic guitar and saxophone made famous on Stewart’s Year of the Cat and Time Passages albums. In fact, White wrote the 1992 hit “Dreamwalk” specifically with Stewart’s sax man, Phil Kenzie, in mind.

“It takes the right players to make the guitar and sax sounds work together,” White says. “It doesn’t work well with a guy who plays loud and raucous. It works great with a guy like [jazz-pop star] Boney James, who plays a little softer but still with a lot of dynamics. He always leaves a space in his playing; he sort of slides into a phrase and fades out in the end, so it’s easy for me to slide the guitar in.

WHITE PLAYED a great many jazz festivals in the early years of his solo career, and says being exposed to such musicians as James, Kirk Whalum, and David Sanborn motivated him to lend R&B touches to subsequent albums, including 1996’s Caravan of Dreams and last year’s Perfect Moment.

“I loved R&B when I was growing up–the Temptations, Four Tops, Spinners, Barry White,” he says. “It was a style I never broached with Al, but it works nicely, I think, with my type of playing.”

Amazingly, White never has taken a guitar lesson. He was motivated to learn the instrument after listening to a group of some repute from his native England–the Beatles.

What was it that attracted White to John, Paul, George, and Ringo?

“Their trousers,” he quips without missing a beat. “No, seriously, it was that the guitar was so prominent in their music. And then watching the video of their appearance at Shea Stadium with all the screaming girls . . . I thought, ‘That looks like fun.'”

So White went about learning the instrument “one string at a time, starting with the lowest string. Later, I remember watching Eric Clapton playing all these really high notes up at the top of the neck, and I didn’t even know you could do that.”

Other influences included Jimi Hendrix and Jimmy Page, and when White visited America for the first time on Al Stewart’s 1975 tour, the first thing he did was purchase a Les Paul guitar “because I wanted to be like Jimmy Page.” Coincidentally, within a week, White–with his new Les Paul in hand–ran into Page in a hotel elevator.

“All I could do was look at him and say, ‘You’re Jimmy Page,'” he recalls.

White’s basic shyness caused him to be “scared to death” when he first stepped out of the background to front his own band. But, he says, he enjoys it now, especially when his music motivates an audience to dance. “I don’t take that as an insult at all,” he says.

“In fact, it’s a great compliment. It’s the ultimate in audience participation because you know your music has gotten through to them.”