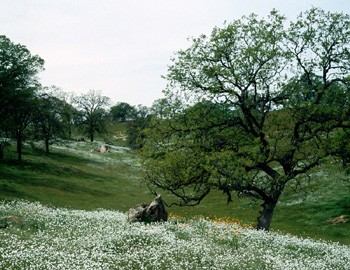 In a move last year that received scant media attention, Gov. Arnold Schwarzenegger’s administration imposed a moratorium on the California State Department of Parks and Recreation, forbidding it to acquire any new land for the foreseeable future. The ban has not only delayed state acquisition of thousands of acres of recently preserved land in Sonoma and Napa counties, but threatens to financially undermine local agencies that purchase properties in order to convert them to public open space.

“This policy violates the wishes of Californian voters who have approved $10.1 billion in bonds [since 2000] specifically for new parks and open space,” claims the Sierra Club, which opposes the moratorium.

The moratorium was established by the governor’s State Public Works Board with a nudge from the Department of Finance, which argued that the state’s ongoing budget problems preclude any new operating expenses, such as the salaries of rangers and other staff required to manage new parkland acquisitions.

The moratorium has thrown recent acquisitions made by local organizations such as the Sonoma Agricultural Preservation and Open Space District and the Land Trust of Napa County into limbo. The two organizations obtain land and conservation easements, transferring the property into the hands of state or county park departments, which then take over management of the additional land for public use.

However, thanks to the governor’s policy, the public presently has no access to these lands, and expenses, in maintenance costs and interest on loans made by the purchasing agencies, continue to mount.

The Land Trust of Napa is facing the biggest disadvantage. Napa, unlike Sonoma and Marin counties, has no County Parks Department and no Open Space District. Founded in 1976, the Land Trust has facilitated the protection of more than 34,000 acres in Napa County. Though it isn’t a state agency, the trust relies heavily on State Parks as a transfer partner. Yet the governor’s edict makes it impossible to transfer to the state the recent acquisition of 147 acres already bordered on three sides by Robert Louis Stevenson State Park. The cost to the trust? Interest on the loan for the parcel is $10,000 a year, according to executive director John Hoffnagle.

“It makes no sense for State Parks not to take this property,” he says. “It’s a big liability for us.” Besides interest, fire roads must be maintained and access to the property must be controlled–costs that add up fast. “We need partners, and without state agencies, we have fewer alternatives.”

Another property in the same position is Beltane Ranch, formerly a family-owned, 1,600-acre ranch in Glen Ellen. The Sonoma County Open Space District acquired 1,290 acres of the property in the fall of 2004. Calabazas Creek’s headwaters begin on the property, which contains a healthy trout stream. It’s surrounded by mostly undeveloped land, including Sugarloaf Ridge State Park. If not for the moratorium, the land would have been transferred to the state by now.

While the moratorium on State Parks is upheld, the best Open Space can do with these properties is to hire local organizations to provide limited services. It has contracted with two nonprofit environmental organizations to help with Beltane Ranch. The Sonoma Ecology Center will act as the eyes and ears of the property through the formation of a volunteer patrol corps, and LandPaths will facilitate limited tours to the public.

Craig Anderson, executive director for LandPaths, says his organization is busier than ever because of the moratorium. LandPaths educates the public about the importance of open space by taking people out to already preserved lands, and offering its services to the Open Space District at times like this, when properties are in limbo. It is partnering with Open Space on more than 5,000 acres of recently acquired property, including Willow Creek, Beltane Ranch, Carrington Ranch and Cooper’s Grove.

“Right now we’re scrambling,” Anderson says. “The Open Space District is this phenomenal acquisition tool for private land; it’s like having a public nature conservancy. They’re cranking out more properties than ever before, and yet who is able to take them? County Parks can take very little, and the state park system has been weakened by budget problems in Sacramento. It’s problematic, and the result is that volunteer groups are needed in a big way.”

Despite the hurdles thrown up by the moratorium, the Open Space District doesn’t plan to slow down its acquisitions of properties. “We would hate to be in a position to have something offered to the district that we wouldn’t be able to take advantage of,” says Middlebrook.

That’s likely to increase the need for volunteers even more, notes Anderson.”You can never have as rich an experience as learning about the place you live,” says Anderson. “Traveling is great, but learning to steward and plug yourself in locally is the ultimate experience. We’re at a place right now, thanks to the Governor, where we need you.”

Gov. Schwarzenegger’s office had not returned the Bohemian phone calls by press time.