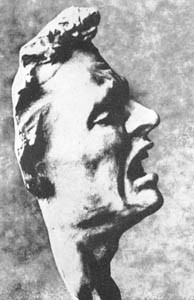 I AM A MEMBER of a large California HMO. I have been living a nightmare after an injury I incurred over two years ago failed to heal, and a subsequent surgery I had to correct the problem made me worse. In the many months after I was first injured, my HMO offered no clear diagnosis or helpful treatment plan. I spent thousands of dollars “out-of-plan” seeking help, after my HMO refused my requests to go to outside providers.

Finally, I sought treatment in another state, Texas. My HMO rebelled loudly in letters and phone calls of denial when I asked to see an out-of-state, out-of-plan Texas surgeon who believed he could help me.

Despite their denials, I went anyway. In Texas, the surgeon said he received a phone call from my HMO denying my treatment in Texas and that the HMO representative used profanity to describe me. The surgeon was extremely upset by this behavior and wrote up the contents of this HMO phone call in his clinic notes. Shortly after my HMO received these clinic notes, my surgery was preapproved and paid for. Unfortunately, the surgery was not done according to plan, and it failed. In fact, it’s made me much worse with unexpected complications.

The Texas surgeon has since done little to help with the complications, and I am left, now more disabled, in the hands of my HMO. I have had to leave my teaching jobs on extended medical leaves, while my HMO delays my disability papers. I have also been forced to pay high medical bills at a university hospital because my HMO refused to preapprove care there. I soon may be forced into bankrupcy and permanent disability.

I was recently told by a main member-services representative at my HMO that I was not entitled to any more appeals. When I asked for the specific “plan” language denying me these rights, she never sent it to me. She also told me in a subsequent conversation that “in essence” I was a selfish person and only thought of myself. I wondered if this woman had an empathetic bone in her body, because if begging for necessary medical care is “selfish,” we injured and sick patients are in huge trouble.

I don’t know what will become of me, but I strongly urge health consumers (that’s all of us) to organize and demand accountability of HMOs at the state and federal level and a change in our current health care system. At the risk of sounding “selfish,” we all deserve better than this.