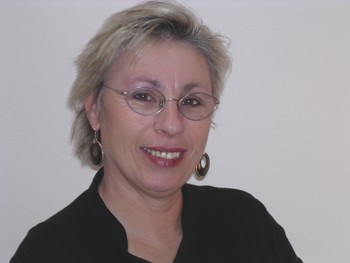 Several Selves: Oona Mourier doesn’t advise clients to ‘do this,’ but rather to ‘be this.’

Considering that it’s impossible to turn on the radio, drive past a billboard, check your junk e-mail or watch HBO without having some slicked-up sexual reference thrust in your face, the concept of sexuality that we most often come into contact with is very one-dimensional: sex is all about sexy. Youth, tight bodies and photogenic passion can get a reaction in the pages of a glossy magazine (or, for that matter, an alternative newsweekly), but they don’t express the many faces of sexuality that dwell inside us.

“The traditional model we have to look at sexuality is kind of a straight line where your peak is around 20 for men and 30 or 40 for women, and then it goes down from there . . . and it just didn’t make any sense to me,” says Oona Mourier, a sex therapist who has had a private practice for over 12 years. Mourier–or “Dr. Oona,” as she likes to be called–co-authored the recently released book The 9 Secrets to Bedroom Bliss (Fair Winds Press; $22.99) with James Herriot (scientist and philosopher of Northern California, not vet of the Yorkshire dales) as a way to address the inner diversity of our own sexuality.

“I think that what prompted me to write the book is that I could never find anything that explained sexuality in a way that made sense for me,” Mourier says by phone from her Sebastopol office. “Years ago, I encountered an American Indian wheel around sexuality, and sexuality according to the wheel suddenly made sense, because it was really multidimensional.

“I was involved with doing ceremonies in Sonoma County–I’m a post-hippie kind of person. I used to do a lot of circle work, and we did a lot of circles with men and women and gender. It really helped us to create a way to look at things from a different perspective, because the idea is that depending on where you sit in the circle, you have a different pair of glasses on. So you start thinking that way, looking at life in that way. And it made a lot of sense to do that when looking at sexuality.”

The spokes on this wheel are nine distinct archetypes that reflect sexual personalities: the Innocent (playful, trusting); the Adventurer (daring, curious); the Sensualist (lustful, primal); the Seeker (dramatic, fearless); the Revealer (honest, aware, intimate); the Magician (powerful, enchanted); the Mystic (connected, spiritual); the Nurturer (comfortable, caring); and the Artist (creative, improvisational). Every person has a core archetype–the sexual skin he or she inhabits most–but, in the theater of the boudoir, each of the other eight archetypes can come into play to varying degrees.

What’s interesting about the book is that it doesn’t espouse invigorating one’s sex life by trying new things, but by calling upon these sexual archetypes; it advises not “do this,” but rather “be this.”

Though the book’s dry tone reads a bit like a handout for a sex seminar, its concepts are what really challenge the status quo in a constructive, nonconfrontational manner, offering substantial, long-term philosophies instead of empty Cosmo-esque quick tips. All nine of the sexual archetypes that you never knew you had emerge from your reading, invigorated.

“We get a lot of messages about sexuality, and I think people are really quite lost inside their sexuality,” Mourier muses. “In private practice, I work a lot with couples, and what’s possible is determined by how we think about it. So if you think that the territory of sexuality looks like five-minute foreplay and intercourse, then that’s what you do.

“But if you really open the door to the fact that sexuality is so much richer and is about intercourse, about connection, about intimacy, about being present–I think that you suddenly realize that it’s a much bigger landscape.”