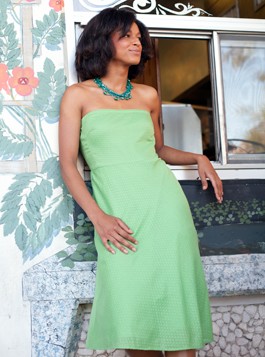 Vegan dining in the North Bay

The scene is a familiar one. “Veganism just ruins the fun of the whole thing,” your stout-hearted omnivore friend says as he reclines back and happily pats his grilled-cheese-filled stomach. And, yes, it would indeed seem that some of the most comforting of comfort foods are rooted in dairy: pizza, creamy soups, cake and a variety of other delectable dishes. Yet North Bay restaurant owners and chefs are increasingly proving the myth wrong by offering humane versions of our most sinfully delicious dining staples—no granola necessary.

According to Kindheart, the key to promoting vegan products is intrinsic. “The people who work for me believe in what they’re doing,” says Kindheart. “The key ingredients are passion and infrastructure—getting the right people in the ‘family,’ if you wish.”

This philosophy seems to have proven successful for Lydia’s Organics. With plans to diversify the company in the near future with an 8,000-square-foot community center and cafe appropriately deemed the Sunflower Center in Petaluma, Kindheart hopes to host an even larger menu, live music, presentations and interactive workshops.

Seed in Santa Rosa (www.seedrestaurant.com) also expanded its vegan menu beyond the crunchy stigma. Owner Jerri Hastley’s foray into veganism started with a two-week raw-food cleanse; at her restaurant, nondairy boundaries were pushed to the limit with tacos, berry crepes and chocolate caramel pie. Although Seed’s location has recently closed, Hastley continues Seed’s line of vegan products, its catering services and its weekly boxes, which provide healthy and low-fat meal plans for busy people.

Just 15 minutes west, Slice of Life in Sebastopol (6970 McKinley Ave.; 707.829.6627) creates lighter alternatives to foods that might otherwise force you to unbutton your pants’ top button. Though Slice of Life focuses on dining classics, the restaurant’s American, Italian and Mexican options are anything but typical; the restaurant boldly offers varieties of innovative veggie burgers, vegan lasagna, tofu tostadas and, of course, soy pizza.

Owner and sometimes-chef David Burns observes that the popularity of vegan cuisine is rising, largely due to the increase in health consciousness.

“In ’94, it was all the fat-free rage, which was a very good thing for people’s awareness,” says Burns. “People needed that extreme to change the way they thought about food. Now the big food wave is gluten-free. And, of course, the organic wave grows in popularity each year. We’re on the march.”

Luckily, vegan dining isn’t actually as lofty as it might seem. According to Burns, vegan cooking is as easy as tofu-substitute pie. “I wouldn’t say there’s anything difficult about it,” says Burns. “Anything animal-based can certainly be duplicated. [Vegan cooking] is really about desire and creativity, and anyone who’s a good chef can do it.”

Under a reign of fancy foie gras chefs and venerated veal butchers, the alternative in vegan dining allows consumers to enjoy not-so-guilty pleasure foods—and look good while doing it.

Where Else to Swear Off Meat & Dairy

For high-class flair and Michelin-assured quality, try out Ubuntu Restaurant in Napa. This all-veggie restaurant doubles as a yoga studio and still manages to be revered as one of the best restaurants in the Bay Area, attracting master chefs, food-connoisseurs and nods in Oprah magazine. 1140 Main St., Napa. 707.251.5656.

The regional restaurant chain Cafe Gratitude has stood the test of time and diversification. Originally a “live”-food-only cafe in the Mission district of San Francisco, Cafe Gratitude now has several locations throughout the Bay Area as well as in Los Angeles, and offers both raw and cooked dishes. 2200 Fourth St., San Rafael. 415.578.4928.

Gaia’s Garden in Santa Rosa is the ultimate veggie haven, whether you’re in the mood to sit and scarf down a few bowls of gluten-free curry or make your own salad and quickly jet off to continue your busy day. Gaia’s full buffet-style lunch and dinners offer vegan, vegetarian, sugar- and gluten-free meals along with assorted beers and wines, and live music—often jazz—is a near-nightly standby. 1899 Mendocino Ave., Santa Rosa. 707.544.2491.