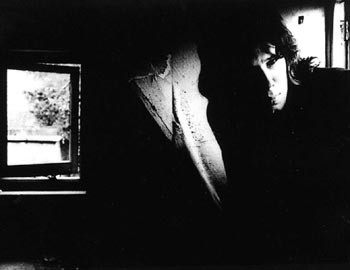 Fame is but a fruit tree So very unsound. It can never flourish Till its stalk is in the ground.

THE NEW MILLENNIUM has raptured at least one long-lost soul. Nick Drake, the British cult folk hero who died in 1974 of an accidental overdose of antidepressants, is enjoying a newfound boost in record sales thanks to a TV ad. The use of his haunting song “Pink Moon” in a current Volkswagen commercial–which started airing in November–has exposed millions to his music, Entertainment Weekly recently reported, boosting sales of Drake’s 1972 album of the same name by nearly 400 percent.

Neither Drake nor the song’s title is identified in the ad, making it all the more incredible that music buffs are able to find the track. Drake’s ex-producer Joe Boyd (who also nurtured the early careers of Celtic folk-rocker Richard Thompson and Fairport Convention) told the magazine last week that he figures the newfound fans did “a little detective work,” perhaps visiting the VW website to learn the song’s origin.

Indeed, Drake’s inability to connect with a broad audience weighed heavily on the sensitive Brit. He passed almost unnoticed during his brief lifetime, despite an impressive repertoire–songs of dark vision and somber beauty that often juxtaposed melancholy lyrics and uplifting melodies.

Yet Drake already was deeply troubled when, two years before his death, he recorded 1972’s starkly beautiful “Pink Moon,” later retreating to his parents’ house and disappearing from public view. At the time, underground FM stations in America had helped bolster the career of iconoclastic folk-singer Leonard Cohen without the aid of touring. But England lacked a radio outlet for a poetic folk act like Drake, who delivered wistful songs evoking 19th-century romanticism and bathed in an autumn or winter haze.

OVER THE YEARS, interest in Drake has continued to grow. The World Wide Web hosts several sites devoted to Drake and his music. Music magazines regularly run tributes. Avant-folk rocker Robyn Hitchcock and Celtic troubadour John Martyn, among others, have canonized Drake in song. The home of Drake’s parents (where his volumes of Chaucer and Flaubert and his coffee-stained desk blotter all were preserved for posterity before the home was sold two years ago), and even his grave, are destinations for pilgrimages. In 1997 his achingly sorrowful ballad “River Man” earned the lead-off spot on the soundtrack to the kooky suicide flick Dreams with the Fishes.

“The phone calls from people wanting to do a book or a film on Nick . . . used to come in about twice a year,” Boyd wrote in the liner notes to the stunning 1994 compilation Way to Blue: An Introduction to Nick Drake (Hannibal/Ryko). “Now it’s twice a month.

” . . . [H]is music seems more beautiful, more apt, more attuned than it did when it was first recorded.”

TWENTY-FIVE YEARS after his death, and despite his past obscurity, Drake’s complete catalog remains in print. Between the ages of 19 and 26, the shy and introverted singer/songwriter seldom performed in public but recorded four studio albums, one live LP, and a number of separate tracks, the best of which were issued posthumously on Time of No Reply (Hannibal), while the remaining demos constitute a rare (and poorly mastered) bootleg titled Tanworth-in-Arden.

A member of Fairport Convention–Thompson’s landmark Celtic folk ensemble–caught the Cambridge-educated Drake in concert in 1968 and recommended him to Boyd. After hearing a demo tape, Boyd signed the fledgling singer/songwriter to his Hannibal label.

As album sales lagged, Drake slipped into a deep depression and became a brooding loner. His third album, 1972’s Pink Moon, was a stark solo acoustic effort that the All Music Guide ranks as “one of the most naked and bleak statements in all of rock.”

But Drake’s emotional state continued to suffer. At one point, he was hospitalized for several weeks for psychiatric care. On Nov. 26, 1974, he died of an overdose of antidepressants at his parents’ home. Despite speculation that he committed suicide, Drake’s family and friends contended that his death was accidental.

A handful of final recordings and previously unreleased rarities were issued on 1986’s Time of No Reply. That same year, Boyd compiled all of Drake’s studio recordings in the four-CD box set Fruit Tree.

Today, his music has struck a chord both with neo-folk fans looking for something more substantive than the current chart-topping roster and with alternative rockers who share his sense of melancholy alienation.

“It’s hard to say exactly what it is that makes his music timeless,” Boyd wrote in the Way to Blue liner notes. “He was a quietly powerful person. He would have loved the attention and respect his music now commands, but listening to his lyrics, it begins to seem that he may have planned it all this way.”