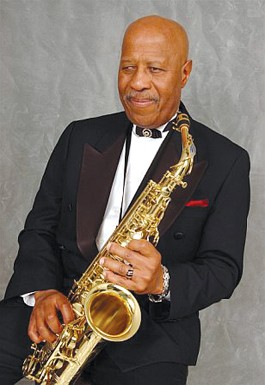 John Handy looks back at 60 years of jazz

Even if John Handy had quit playing immediately following his 1959 solo on “Goodbye Pork Pie Hat,” from the celebrated Charles Mingus masterpiece Mingus Ah Um, his stature in jazz would have been cemented. A yearning, somber statement that eloquently captures the ache in Mingus’ Lester Young tribute composition, Handy’s solo is both immediately classic and perpetually fresh-sounding; even the most prepared listener is laid speechless part way through, when Handy throws in an intimate, impossible tongued tremolo.

Handy, of course, didn’t quit playing after “Goodbye Pork Pie Hat,” although he’s likely to be known mostly for his short time with Mingus—to the 76-year-old saxophonist’s chagrin. “I’ve been playing for 60 years, and I don’t have time to talk a lot about Charles,” he says by phone from his East Bay home. “I did much more on my own than in the four-and-a-half months playing with Charles.”

Indeed, after leaving Mingus, Handy would make jazz history by hushing a 1965 festival crowd with the opening strains of “If Only We Knew,” a composition that, coupled with “Spanish Lady,” make up Handy’s mammoth Grammy-nominated album Live at the Monterey Jazz Festival. Later, he would record one of the first ethno-fusion jazz records, Karuna Supreme, with Ali Akbar Khan and Zakir Hussain; notch a crossover R&B hit, “Hard Work,” in 1974; and, while teaching at Berkeley, Stanford and San Francisco State universities, accompany all variegated manner of jazz ensembles.

And yet it’s the stories about Mingus that Handy cannot help but tell. The night at the Five Spot when Mingus egged him onto the bandstand and, upon hearing him play, started shouting that Bird was alive. The night at Minton’s when he chewed Mingus out for telling Horace Parlan, who had polio, that he’d only hired the pianist because he was handicapped. The night he spent sympathizing with Mingus’ girlfriend about the bassist’s temper, only to find himself insulted onstage and his featured solos cut from Mingus’ Monterey Jazz Festival performance the next day.

“I’ll put it this way: I went to New York to play music, not to go to jail,” explains Handy, a featherweight champion in high school. “I’m not the kind of guy anybody would hit and get away with. We did have a talk, early in our relationship, when it appeared he was thinking about that. And I just got very close to him on the bandstand, and whispered to him, ‘I can hit much faster with this saxophone than you can with that bass. And every time I see you, we’re gonna fight, I don’t care where it is. When you come out of your house, I’ll be there. When you come home, I’ll be there.’ And he started laughing! He started laughing! And I wasn’t smiling, I meant it, totally, all the way through. And, you know, Charles didn’t hit everybody. Nobody told people about the fact that Elvin Jones pulled a gun on him or that Sunny Murray knocked him down.”

After his time in New York, Handy returned to the Bay Area, finding his old Fillmore neighborhood had changed. The famous nightclub that would let him in when he was underage, Bop City—where he’d shared the stage with Benny Bailey, Kenny Dorham and Paul Gonsalves—had closed. He’s nonplussed about the area’s forced revival.

“I never encouraged them to try to recreate what they thought was there,” he says carefully. “It would take that kind of population, the circumstances with the war, and the immigration, all the people coming from various parts of the scene. We’d have to have restrictions in the movement of African Americans and Asians and Latinos to create that atmosphere. The atmosphere’s not the same.”

Handy hasn’t yet been hired to play in the new Fillmore neighborhood, either—that’s up to the bookers at the Healdsburg Jazz Festival. This weekend, he reunites with Denny Zeitlin, who preceded him onstage at Monterey in 1965, for a special appearance. Now age 76 but confident as ever, Handy promises he’ll bring his best stuff. “To be honest, and not to be arrogant,” he proclaims, “I’m never worried about my performance. All I need is an audience.”

May 7-9: Jon Nakamatsu with the Santa Rosa Symphony at the...