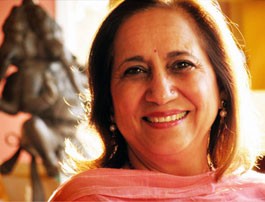 Some mornings just dawn with a seeping, sinking feeling—days that seem to stall before they start. The blues are back. Not turquoise or sky blue, but the sort of permeating greasy gray-blue that decades of musicians, from Muddy Waters to the Rolling Stones, have tried to express and escape.

In Breakfast at Tiffany’s, Holly Golightly calls that feeling the “mean reds.” Colorblind or not, she knew that the cure was coffee on the steps of Tiffany’s and a morning of window shopping for diamonds.

But whatever color one calls it, if a trip to New York is out of the question, the ochre- and fire-cracker-colored spices of a fiery meal at Napa Indian cuisine hotspot Neela’s might just inject the right sort of color back into life. While Neela is Hindi for “blue,” (the restaurant is named for owner Neela Paniz), don’t mistake this for just another house of blues. Paniz fuses California freshness with the richness of Indian culinary style and the vibrant spice and flavor at Neela’s would have pulled even Picasso out of blue period. 975 Clinton St., Napa. 707.226.9988.—R.M.