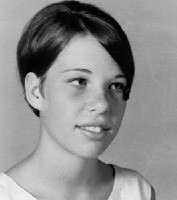 This isn’t supposed to be happening.

The column with all the songs I’ll remember my mother by–it isn’t supposed to be written now. Another 20 or 30 years from now, maybe, after months of preparation and proper goodbyes, after a long life with a sensible conclusion. But not now, six days after the crash. One day before the memorial. A million days before the ache goes away.

My mother, Leslie Meline, was so full of life. As the front-page news story dutifully reported, she was 53, had raised three kids, ran the family business, loved the outdoors and was killed in a car accident. But how my mother approached each day, tirelessly celebrating life and seizing every opportunity to help the ones she loved–that’s going to take years to tell.

Along the way, she was always singing songs. There were thousands of them. Here are just a few.

Fantasia in D Minor Almost every child hates piano lessons, just as much as almost every mother is convinced that her child is the next Glenn Gould. In my family, we were supposed to practice every night, but most of the time I would bang my head against the keys and pout until my mom relented and let me go to bed. I somehow ended up memorizing some incredible pieces, like this one by Mozart, at the age of 10. Of course, it was my mother who patiently taught it to me.

‘I’m in the Mood for Love’ My parents were young when they married and had kids, which gave them the requisite energy to entertain us on long car rides. Sing-alongs in the station wagon were common, with my mother employing an inventive interpretation for this standard. When she came to the line “Funny, but when you’re near me,” she’d change the phrasing to “Funny Butt! When you’re near me . . .” It worked every time. She was always changing the lyrics to songs in order to crack up all of us kids.

‘I Think It’s Gonna Work Out Fine’ My mom used to call me Dapper Dan. It was one of those nicknames I acquired as a toddler, but then I got older, and my mom kept calling me Dapper Dan. Do mothers ever grow out of calling their children nicknames? My mother often sang this song to me. Made famous by Linda Ronstadt and James Taylor, it asks the question, “Do you remember / I used to call you Dapper Dan?” I’m not likely to forget, ever.

‘Why Don’t We Do It in the Road?’ Valentine’s Day, 1985. My mom, pouring little red candy hearts all over my dad with the White Album cranked up, dancing in circles and screaming along. My dad, half-laughing and half-hoping we wouldn’t know what doing it in the road was. We knew. My mom couldn’t have cared less. When she was a teenager, she, like the rest of the nation, loved the Beatles, even attending their last concert at Candlestick Park. Then came my dad. She loved him more than anything.

Hallelujah Chorus We could be anywhere, it didn’t matter–in the middle of dinner at a nice restaurant, in the stands at a baseball game, standing in line at the airport. If the occasion required, in my mother’s opinion, a celebration of celestial proportion, she would stand up, assume a diva position and belt out “Haaaalll-ley-loo-yuh! Haaaalll-ley-loo-yuh!” It was usually accompanied with a little strut and a hand-waving motion. It was on these occasions we’d pretend not to know the crazy lady singing at the top of her lungs.

‘Crosswalk Carnage’ In 1991, there were an uncommonly high number of people struck by cars in local crosswalks. In my 15-year-old style, I wrote a stupid little song about it, and my mother decided right then and there that it was the greatest song ever. I’ve written a hundred songs since, but she would always say I should go for a more “Crosswalk Carnage” kind of feel. This past Mother’s Day, while driving together to San Francisco, she asked for just one present: to be able to hear the album my band had recently recorded and was keeping under wraps. I obliged, awaiting her reaction. Of course, I could have guessed. “You know what you should do?” she told me, “You should put ‘Crosswalk Carnage’ on this album!”

‘Footloose’ Moms are known for being generally uncool, but my mother more than made up for it with her unabashed enthusiasm. One memorable incident was when, in the middle of a Kenny Loggins concert, she asked if she could come onstage and sing along. Loggins was taken completely off guard, but the crowd went nuts, cheering for my mother. Laughing, he agreed, and my mom got her own microphone to share vocal duties with her idol on the encore, “Footloose.” A classic moment, hopelessly square and totally awesome.

‘Talk to Me of Mendocino’ When my mom helped me buy a standup bass, her only request was that I make a cassette of my progress for her. I knew that she loved this McGarrigle Sisters song, so trying my awkward “skill” with a bow, I immediately recorded a fair slaughtering of this otherwise beautiful melody. I mean, it was completely terrible–squeaky, out of tune–just a mess. Her unforgettable response: “How did you know that I used to like that song?”

‘Four Last Songs’ Richard Strauss’ final composition, a great elegiac farewell to existence. My mother never sang this, but I happened to be sitting inside a concert hall listening to a performance of the Four Last Songs on the night my mom was killed, and I’ll never be able to hear it in the same way. I realize now that there’re a lot of things I’ll never be able to hear in the same way. But more than anything, there’re a lot of things that I wish I could still hear–in any way.

Thanks for everything, Ma. See you when I get there.