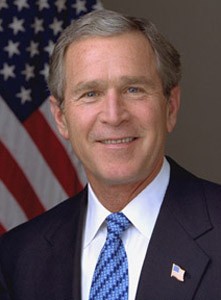 President Nixon, Now More Than Ever: M.O.B. aims to throw the crook out.

Some mornings you wake up and just want to go right back to sleep. Radios often don’t make it any easier. News of suicide bombings, arctic drilling, global warming and Patriot Act-ing can slither into your brain so quickly that ducking under the covers and hiding from everything feels like the most reasonable option. Ah, there’s nothing like greeting a sunny, new I-hate-our-president day.

One morning, Petaluma-based music producer and musician Benji Nichols decided to do something about it. “I usually have the clock radio set to KPFA–except that it makes you want to slit your wrists,” he says. “And I just realized that I couldn’t take listening to the same old shit day after day. . . and I got frustrated, because I feel like I’m doing work for other people, but I’m not doing anything creative for the people I know–artists, musicians. So I was thinking in the shower and I came up with this stupid acronym of the M.O.B., which is Musicians to Oust Bush. But I kind of ran with it. I realized that if I didn’t do something, I’d go crazy.”

Nichols’ idea led him to gather songs for a compilation CD, which he plans to put out himself and send to contributing bands, who will hopefully disperse their M.O.B. CDs to local media outlets. “I’m taking anybody who will donate a track that’s kind of decent and to the point,” Nichols says. Currently, he has donations from artists across the country, including Jamaican-born singer-songwriter Owen Plant from Boston; Sacramento underground cult figure Anton Barbeau; and upstate New York-based Americana-tinged rockers the Mammals.

With tracks like Pierce Woodward’s “Leave No Millionaire Behind” and Adras Jones’ perfectly titled “Hold Your Nose and Vote,” M.O.B. is so far staying right on target. Some of the contributors are folks Nichols knew previously, but others, such as Barbeau, sort of came out of the blue.

When it’s all said and done, the compilations will feature 13 or 14 tracks, not all of which are musical. Utah Phillips donated two characteristically anarchistic commentaries, and Nichols would welcome more (recent San Francisco mayoral candidate Matt Gonzales is on Nichols’ wish list).

Proactivity is great and all, but the one obvious question here is what, exactly, Nichols hopes to accomplish with M.O.B. “There’s other groups like Bands against Bush and Punkvoter, people like that who have giant websites and want to raise money for the cause–whatever ‘the cause’ is,” he says. “I really wanted to do something that wasn’t based around money or printing T-shirts. And I also was thinking that instead of giving money to all these other groups that I support occasionally, I’d just do something myself.”

Nichols is accepting M.O.B. submissions until May 1. Amazingly enough, he hasn’t received any tracks from North Bay musicians yet. “So far I’ve gotten a lot of good material, but I’d love to tap into the hip-hop scene–even ranchero bands. I do want some more representation from this area.”

Having grown up in the Midwest and attended the Berklee College of Music in Boston, Nichols recognizes that in many parts of the country (read: not Northern California) there’s still a stigma attached to releasing music with an obvious left-leaning political agenda. “There’s definitely a bubble here,” he says. “Whereas in reality, my parents won’t even talk to me about [M.O.B.] anymore. But that was part of my ambition for doing this. I really wanted to put something down that wasn’t outwardly too radical–the main point is that these people are all across the spectrum, and what they have to say is the same thing.