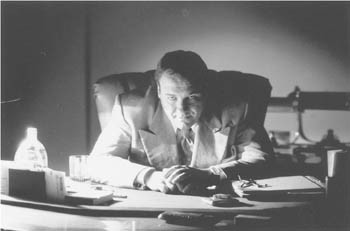 For better or worse, the 24th annual Mill Valley Film Festival will take place in the early days of a whole new world–a world that began on Sept. 11. But while that day of terror has made travel difficult, all but one of the filmmakers invited to this international film festival will be in attendance. And all film prints are expected to arrive, even those coming from Beirut and Haifa.

By odd coincidence, this year’s festival features an abundance of films from around the world that, in the words of festival programmer Zoe Elton, show people enduring “extreme adversity, which they survive by learning compassion.”

The 11-day festival celebrates the accomplishments of a number of big names in contemporary cinema. MVFF kicks off on Thursday, Oct. 4, with a celebrity-packed opening night gala at the Mill Valley Community Center. On Saturday, Oct. 6, the festival salutes Ismail Merchant and screens the acclaimed director’s new film, The Mystic Masseur. Enjoy a “Pleasant (ville)” evening on Tuesday, Oct. 9, at a tribute to acclaimed indie actor William H. Macy. Jonathan Winters appears on Wednesday, Oct. 10, for an onstage interview and a screening of clips from this comic actor’s long career. On Thursday, Oct. 11, the festival offers a tribute to actor Malcolm McDowell. And finally, on Saturday, Oct. 13, celebrate the multitalented Sissy Spacek’s offbeat career.

World cinema always has a big presence at MVFF. Of special note is this year’s focus on films from Iran, that paradoxical land of government censorship and brilliant filmmaking talent. Seven Iranian films will be screened, including the promising The Legend of Love (Oct. 5 at the Sequoia; Oct. 6 at the Rafael), an allegoric tale about a woman’s search for her lost love from director Farhad Mehranfar (Paper Airplanes).

The festival also gives fans a chance to get an early look at some highly anticipated films from quirky American talents. On Oct. 6 and 7 at the Sequoia, catch Novocaine, a nasty little thriller starring Steve Martin as a dentist diving into the dark side of dental hygiene. On Sunday, Oct. 14, at the Rafael, see The Man Who Wasn’t There, the Coen Brothers’ new noir flick (which is set in Santa Rosa!).

Most films screen at two venues: the Rafael Film Center, 1118 Fourth St., San Rafael; and the Sequoia Theatre, 25 Throckmorton Ave., Mill Valley. Film festival schedules are available at both theaters and at many North Bay bookstores and coffeehouses. For details, call 925/866-9559 or log on to www.mvff.com.