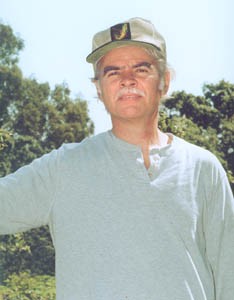 Bliss strongly objects to amendments to the pending federal education bill that will guarantee military recruiters access to all high schools in the nation and to all student directory information.

According to the U.S. Senate, as many as one in four high schools in the country now withhold student information from the military or bar military recruiters from campus. But that won’t be possible when the law changes. Since the education bill has already passed both houses of Congress and is in joint conference committee, the new rules will probably be approved by the end of the year.

“Giving military recruiters such access transforms the schools into breeding places for soldiers, rather than places for education about democracy, which is what they should be,” Bliss says.

But North Bay school administrators generally see military service as a viable career option. Scott Lane, principal of Laguna High in Sebastopol, says Laguna encourages recruiters to talk to interested students during non-class time, but doesn’t allow them to speak to classes, make formal presentations to the full student body, or initiate contact with students. Student information is confidential, unless parents ask the school to release it.

When the law changes, Laguna will release records for all students. “I’m interested in protecting privacy rights,” Lane says. “I hope the addresses are used to send information, and not to solicit or bother.”

Carl Wong is Superintendent of the Petaluma Joint Union High School District, where military recruiters visit campus career centers and participate in Career Day. Like schools in the West County, Petaluma treats student contact information as confidential. When the law changes, Wong says the district will assess its options. “We will refer to our legal counsel to render an advisory, and adopt board policy accordingly,” he explains.

With a visitor’s pass at San Marin High, military recruiters can walk around campus and approach students during lunch. But San Marin doesn’t release student contact information, according to Principal Greg Duffy. “The parent community wants their privacy protected,” Duffy says. San Marin policy will change when the law changes.

Is there a place for peace advocates, as well as military recruiters, at the nation’s schools? Absolutely, says Gulf War veteran James Madison, founder of Veterans Teaching Peace in Schools. “For all the trampling of our civil rights that is going on right now, I still have a basic faith in America’s ability to adhere to the Constitution.” Madison says that VTPS presentations are well received by students.

North Bay schools are likely to welcome VTPS and similar groups. Doria Trombetta, co-principal of El Molino High in Forestville, says, “During the Gulf War, we had speakers from all sides at lunch.”

Trombetta is particularly sensitive to the value of respecting differing views. Her husband belongs to Veterans for Peace, and her son is at West Point. “I never want to see a generation demonized the way Vietnam veterans were,” Trombetta says. “Nor do I want to feel that there is necessarily one right decision for all students.

“I want students to see a wide range of opinions and come to their own decisions about what’s right and wrong.”