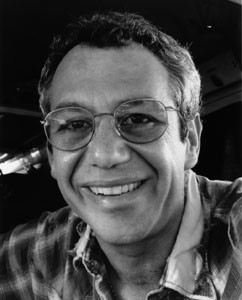 Mike Watt and the Secondmen deliver what Eyes Adrift don’t

For a supergroup, Eyes Adrift were pretty mediocre. The curious audience of Nirvana-, Meat-Puppets-, and/or Sublime-lovin’ fans at New George’s in San Rafael last Saturday didn’t seem to mind too much, though it was easily apparent that no one was particularly enthralled during their performance.

A newish collaboration between bassist Krist Novoselic (Nirvana), guitarist Curt Kirkwood (Meat Puppets), and drummer Bud Gaugh (Sublime), Eyes Adrift came together when both Novoselic and Gaugh independently approached Kirkwood, who had been playing some solo shows, about jamming. So they did, and after discovering they all had an instant affinity for working with each other, Eyes Adrift toured for a month and went into the studio to record their self-titled debut album, which came out in September.

The critical reaction so far has been tepid, but go figure–their music itself is pretty tepid. Though the show was by no means bad, it was highly unremarkable. The crowd, an odd mix of old-school Meat Puppets and Minutemen devotees with pot bellies and thinning hair, and kids in their early 20s who probably listened to Sublime and Nirvana songs on the radio when they were in the eighth grade, gave off the feeling that people hadn’t come to see Eyes Adrift–they had come to see a real live member of Nirvana.

Or they had come to see opener Mike Watt and the Secondmen, who proved that it is indeed possible to create new and challenging material long after what the public will likely view as your glory days have passed. In Watt’s case, those glory days were in the legendary early-’80s punk-folk trio the Minutemen. But increasingly since the demise of the post-Minutemen trio fIREHOSE, Watt has conceived an inspired solo career as a professional Mike Watt. His joy at being onstage is contagious, and his approachability and musicianship inject whatever project he happens to be involved in with an irresistible vitality.

Even if, in the case of the Secondmen, that project is a bit much to digest. The bass-drum-organ trio makes for bottom-heavy music, and Pete Mazich’s jazzy free-form hammering away on a lovely vintage Hammond organ met up with Watt’s fluid bass in a busy manner that didn’t always gel. Most of their set came from their upcoming album, The Secondmen’s Middle Stand, an operatic song cycle inspired by Watt’s two-year battle with an abscess in his perineum that nearly left him dead.

It’s a pretty grandiose thing to tackle onstage before anyone’s had a chance to hear the album, though, and the Secondmen’s better moments in the show were drawn from Watt’s previous work. The highlight was actually a cover, a searing rendition of “She Don’t Know Why I’m Here,” a terrific nugget by the Last, a band in the late-’70s L.A. punk scene whose Hammond-heavy sound perfectly suited the Secondmen.

In the Secondmen’s less accessible moments, it was still amazing to watch Watt play bass. Once he gets going, his hands canvass the strings so nimbly it appears he’s not even touching them. The trio played themselves into a sweaty frenzy, the intensity of which wound up being more thrilling than the actual music.

Unlike Watt, whom fans look upon as a cool punk-rock uncle, no one member of Eyes Adrift delivered the sort of charisma that can salvage a so-so live performance. And unlike Novoselic’s former band mate Dave Grohl’s megaband the Foo Fighters, Eyes Adrift’s washed-out echoes of grungy Meat Puppets and Nirvana heydays never laid their own distinctive ground.

Even though Novoselic, Kirkwood, and Gough are all very experienced and capable musicians, Eyes Adrift turned out to be as forgettable as the name they chose for themselves. Kirkwood’s country-tinged guitar dominated their songs, as if the band were just a badly rehashed version of latter-day Meat Puppets.

They opened up with “Telescope,” a catchy enough song whose sing-along chorus marked a high point all too early. After that, the songs became flaccid and pokey, a trend that culminated in Novoselic’s childish playground vocals on “Inquiring Minds,” a song commenting on the tabloids’ obsession over JonBenet Ramsey.

Three songs into Eyes Adrift’s mountingly tiresome set, I overheard three people behind me: “This sucks and it’s boring. Let’s go,” one said. They left, and, man, did I ever want to follow them.