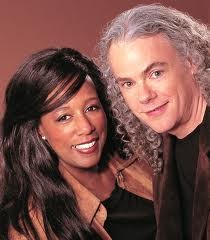 May 26: Tuck & Patti at the Raven Theater

In an epic case of trolling the entire internet, Spin magazine recently published a list of the “100 Greatest Guitarists of All Time” that ignored such musty givens of guitar lists as Jimi Hendrix, Eddie Van Halen and Joe Satriani. Instead, it picked the fresh(er) faces of Johnny Greenwood, Carrie Brownstein and Doug Martsch. Boy, were people pissed! We might include on our own similar list Tuck Andress, who is a perfect antidote to the cock-rock wankiness so rampant in the world of tired guitar gods. With his wife Patti Cathcart, he’s created a guitar-vocal partnership that’s technically mesmerizing while still retaining emotional resonance. And wouldn’t you know it? His niece, St. Vincent, also made Spin’s list. See Tuck and Patti play on Saturday, May 26, at the Raven Theater. 115 North St., Healdsburg. 8pm. $30–$35. 707.433.6335.