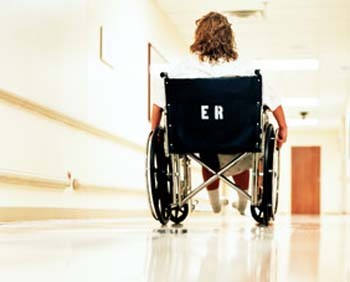 Hemorrhaging Money: Like all students, Latinos do better when parents are able to easily communicate with teachers.

Unless medical inspectors give Marin General Hospital a clean bill of health, the stressed facility could lose most of its funding by the end of this month. The Centers for Medicare and Medicaid Services (CMS) is giving the hospital until June 30 to prove it’s providing decent patient care. If it fails to meet the agency’s standards, the hospital could lose its Medicare and Medicaid funding–more than half its revenues.

The situation is serious. Only 1 percent of hospitals ever face the possibility of losing their Medicare and Medicaid reimbursement. Investigations by the CMS are putting more pressure on the already strained relationship between Sutter, the nonprofit corporation that runs the hospital, and the Marin Healthcare District Board, the elected body that acts as the hospital’s landlord. In fact, with Sutter’s lease due to expire in 2015 and with the hospital’s need for expensive earthquake retrofitting falling within the same time frame, things at Marin General have gotten downright nasty.

The accidental death of a patient sparked the CMS’ investigations, which began in February of last year. A traveling nurse (a temporary nurse who moves from hospital to hospital) was put in charge of the patient, who had a degenerative disk disease of the spine.

“They had this nurse who couldn’t read the heart monitor taking care of patients in a heart unit,” says Dr. Bill Rothman of the Marin Safe Healthcare Coalition, an organization that is highly critical of Sutter’s handling of the hospital.

“She didn’t realize the alarm signaling cardiac arrest was switched off, so she didn’t know when the patient’s heart stopped.”

The CMS investigated the hospital in February, May and September of last year, each time finding new violations. In a letter dated Feb. 28, 2005, the CMS said the hospital must be brought up to compliance by May 30 or face possible termination of funding, the second time the agency has made such a threat to the hospital. On May 30, the agency extended the deadline for one month while it conducts another survey of Marin General.

The CMS has released a report detailing over 100 patient-care violations at the facility. According to a summary of the report, many of the violations seem rooted in improperly trained staff. The transgressions range from “dietary staff not trained to know that NPO means ‘nothing by mouth'” to “multiple instances of incorrect dosages of medications given to patients.” The most serious care violation was “a nurse, who was not approved for, and who had not demonstrated any appropriate qualifications, [doing] surgical procedures on postoperative heart surgery patients.” For nine months, the nurse had determined when patients were stable enough to have chest tubes and temporary pacemaker wires removed, and in some cases, she removed them without physician supervision.

Statewide, two-thirds of Sutter’s 41,000 employees are nonunion, according to the Sacramento Business Journal. Unions and union sympathizers claim untrained, overworked staff cause most of the problems at Marin General and other hospitals operated by Sutter.

“From my point of view, Marin is not anything different from Sutter’s other violations and failed inspections,” says Sal Rosselli, president of the Service Employees International Union. “Marin General is just another example of Sutter’s arrogance.”

Hospital supporters say the problem is the ongoing nursing shortage, which has affected hiring for both union and nonunion hospitals alike. Low wages and strapped hospital budgets have made it difficult to attract and retain qualified medical staff.

Still, Sutter’s critics think the hospital could afford to hire better staff if it really wanted to. “The last tax return for Marin General Hospital showed that from 2002 and 2003, profits increased from $7 million to $18 million,” says Rothman. “I’ll let the facts speak for themselves.”

Sutter, which operates 27 hospitals in California including Sutter Medical Center of Santa Rosa and Novato Community Hospital, is regularly criticized for overpriced healthcare.

Meanwhile, another crisis rumbles at Marin General: by 2013, all California hospitals must be able to guarantee their buildings will not collapse during a major earthquake. In Marin General’s case, the costly changes required by the statewide seismic upgrade come near the end of Sutter’s 30-year lease of the hospital, which expires in 2015.

Sutter has offered to spend $300 million on a new hospital in exchange for another 30-year lease. The Marin Healthcare District Board has split on whether to extend the lease to Sutter, mainly per patient-care concerns. The situation has brought out long-term hostilities that have been simmering between the board and Sutter.

“The seismic realities have required the hospital and board to take a serious look at their relationship before the lease runs out,” says Graham. “It has been a challenging relationship for many, many years, and at a minimum, this will cause us to make it a better relationship.”

With a $10 million grant from Sutter, the board has hired an outside consultant to sift through possible options. In one scenario, Sutter pays for the seismic upgrades in exchange for a new lease. In another, the district breaks the lease with Sutter and restores the hospital to community control. Sutter could let the lease expire and build another hospital to compete with Marin General. The group’s report on these and other options is due June 18, with the district deciding the next move soon after.

But right now, no one has any idea what will happen. “We don’t have a specific x, y and z plan,” says Graham. “At this point, it’s very difficult to predict what the outcome will be.”