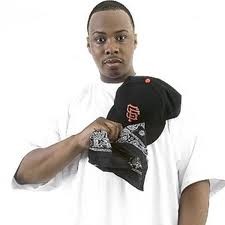 In 2006, while the rest of the rappers in the hyphy-crazed Bay Area were making Thizz faces and dancing the Bird, the Fillmore district hip-hop icon San Quinn made what’s probably the best album of his career, The Rock: Pressure Makes Diamonds. “I think people sleep on the Bay Area,” he said in an interview before the record’s release. “We wearing gold teeth and you can wear any color you want up here, we ain’t trippin’ like that. No disrespect to Los Angeles, but that ain’t what’s crackin’ up here.” Four albums later, San Quinn is still crackin’, unconcerned with national attention. He lights it up on Saturday, March 19, at 19 Broadway. 19 Broadway, Fairfax. 10pm. $10–$15. 415.459.1091.