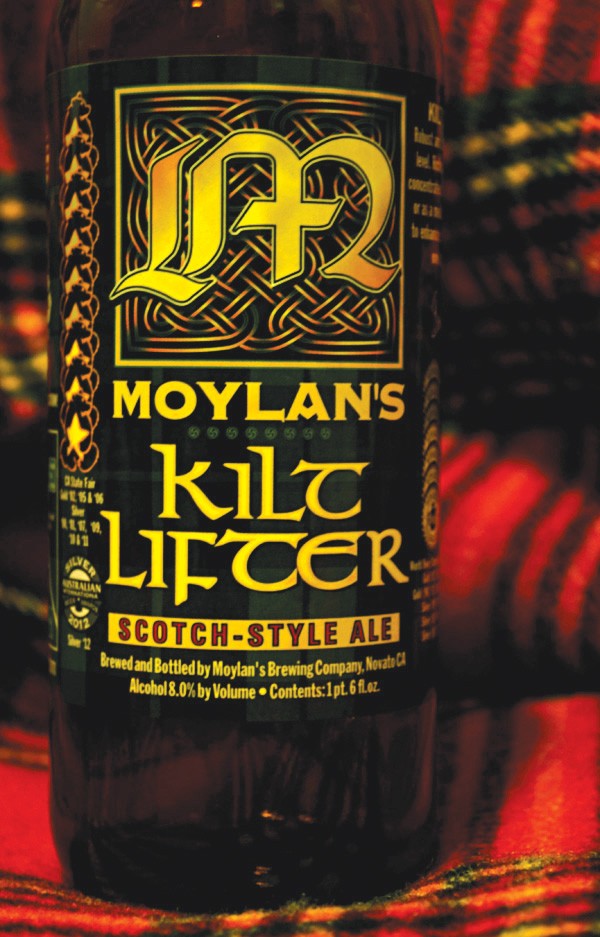 Late January is ripe for the kind of debauched, national heritage–themed drinking day that St. Patrick’s Day and Cinco de Mayo have become, not to mention the Fourth of July—even Germany gets some play with Oktoberfest. But what about Scotland?

It’s a crying shame, for not only are the Scots drinkers of legendary skill and endurance, but they’ve already got a day that’s custom-made for this noble purpose. Somewhat obscure stateside, Burns Night celebrates the life of Robert Burns, born Jan. 25, 1759. Burns was the author of “Auld Lang Syne,” an indefatigable ladies’ man and is fondly remembered as Scotland’s national poet. Scotch-fueled poetry slam, anyone?

Meanwhile, lubricate your own Burns Night, for poor auld Scotland’s sake, with Scottish “wee heavy” ale. An extra-strong, malty style characterized by caramelization that’s traditionally achieved by a long, hot boil. According to Bob Peak, co-owner of home-brewing supplier the Beverage People, wee heavy may have an alcohol content of up to 10 percent. If you aren’t weeping poetry directly into your glass after some pints of that, perhaps you ha’ent got in it ya.

Moylan’s Kilt Lifter, available on tap and in 22-ounce bottles, was the 4–2 favorite among Bohemians who were invited to take a beer break from putting the paper to bed on a recent Tuesday evening. I recused myself from the vote, having long been on familiar terms with this beer. For months, it’s seemed to be in a bit of a funk, but this sample, purchased direct from the brewery, was spot-on. The 8 percent alcohol in this copper-tinted ale sharpens the full, sweet, malty palate, but not so much as a barley wine. A butterscotch note sets it apart from your typical amber ale. I like it as a beer back for Glendronach single malt, but don’t try this at home.

Bear Republic’s Heritage is a wee heavy at just 7 percent alcohol. Everyone remarked on this beer’s initial banana aroma; with notes of brown sugar and walnuts, it’s like liquid banana bread in a glass, smooth and creamy on the finish. Served from a freshly filled growler, Heritage got a lot of refills, but before the labels were revealed, several defectors complained that it lacked effervescence, and crowned the Moylan’s their top choice.