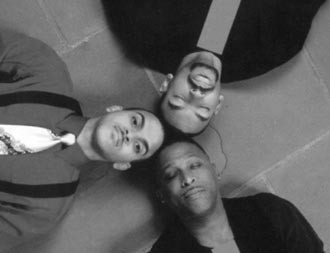 CALL IT FATE. From the moment he heard legendary jazz percussionist Bill Summers on one of the classic Herbie Hancock & the Headhunters albums, Young Turk drummer Jason Marsalis knew that he would perform with his idol.

Four years ago, a local producer mentioned that Summers was living in New Orleans, home to Marsalis, the youngest member of the famous jazz dynasty “The funny thing is that somehow Bill and I kept missing each other,” explains Marsalis, 22, during a phone interview from his home. “During my sophomore year at Loyola College in the fall of ’96, Bill actually came by the campus, but I was out of town. At the New Orleans Jazz Festival the next year, I was playing a sextet gig at which Bill was the next act. The only problem was I had a press interview and missed his first show. Another missed opportunity. Finally, I caught part of his last show. My brother Delfaeyo said, ‘Hey, man, that guy was really checking your set out hard!’ I later found out that Bill was scouting for musicians.

“Then, a couple of months later, I was sitting in a chair at the Atlanta airport, knocked out, when Bill came over and introduced himself. I was like, ‘Huh? Oh, wow, it’s Bill Summers!'”

Now the two are bandmates. As part of Los Hombres Caliente–one of the freshest-sounding jazz acts to hit the scene in a long time–Summers and Marsalis are fusing Afro-Cuban rhythms and Brazilian sambas, soul, and straight-ahead jazz in a red-hot mix that is lighting up stages.

“I think it was something that was destined to happen at some point,” Marsalis concludes.

The tour arrives just as the band is completing studio work on its widely anticipated follow-up CD, which Marsalis says will turn a lot heads. “The album we’re working on will be three times better that the first,” he enthuses. “The playing is a lot more inspired, the music is much better, we actually wrote songs for the sessions, the sound quality will be better . . . everything will be better.”

FOR MARSALIS, the project is a coming-out. As the son of distinguished jazz educator and pianist Ellis Marsalis and younger brother of neo-traditionalist jazz trumpeter Wynton (artistic director of the prestigious Lincoln Center Jazz Orchestra), saxophonist Branford, and trombonist/producer Delfaeyo, he has set out to make a mark on the jazz world on his own terms.

Certainly, the youngest Marsalis has displayed his versatility. One night he’s in a straight-ahead trio format with his famous father (with whom he has recorded on Ellis’ CDs), the next he’s playing ’70s-style fusion with his own band Neslort. Or he can be heard down on New Orleans’ Frenchman Street with the Brazilian percussion group Casa Samba. Or over at the Funky Butt with Los Hombres Caliente, performing the band’s world-jazz-tinged interpolations.

“I get great support from my family,” he says. “Interesting support. And there were advantages and disadvantages [to being part of a jazz dynasty]. While the musical support definitely was there, people often had their own expectations of me. You know–let me chose my words carefully–crtain people in the family had their own idea about what they thought I should do and what level I should achieve, which is part of the dynamics of a large family. But still the support was great. My father was great. Everyone helped out.