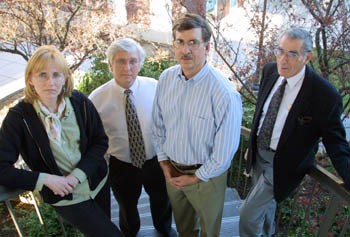 MARTY BENNETT wants payback. And so do many others. They call themselves the Living Wage Coalition of Sonoma County, and they’ll soon be coming to a city council near you. The coalition, which includes various local organizations, such as labor, religion, and nonprofit groups, says the time has come for Sonoma County to work toward an increasingly visible nationwide issue: obtaining a living-wage ordinance.

Next week, the coalition–two years in the making and boasting a membership that includes the Sonoma County Council on Aging, Sonoma County Peace and Justice Center, North Bay Labor Council, and Women in Action–holds its first general meeting to drum up support for a new push to implement living-wage laws in the county government and every city in Sonoma County.

The ordinance will be similar to measures adopted in San Francisco and Santa Cruz, which now require contractors and subcontractors doing business with those cities to pay workers $11 an hour, plus benefits.

As a member of the coalition organizing committee, Bennett–a history instructor at Santa Rosa Junior College–says the upcoming meeting aims to educate the public about the movement and invite new organizations to join the coalition.

“We’re in the process of crafting living-wage ordinances for Petaluma and Santa Rosa and will be working with those two city councils as we proceed,” says Bennett. “Over time, we will go from one municipality to the next, and ultimately we’ll go to the county Board of Supervisors.”

Petaluma Vice Mayor Janice Cader-Thompson says that while she is concerned the new council majority will not support such an ordinance, she fully embraces it. “If we just look at the cost of living in Sonoma County, we should see it’s something we need to address–it’s not possible to live and work in this county at a minimal wage,” she says. “I think it’s important for this issue to come to the forefront.”

Bennett believes the time is ripe for building a local living-wage movement at the grassroots level for several reasons. “This movement is sweeping the country,” he says, noting that more than 50 cities and counties in the nation have passed similar ordinances since the movement began in the 1990s.

Another reason, Bennett says, is what he calls “the siliconization of Sonoma County.”

He points to the rampant wage inequality, skyrocketing house prices, and the “gold rush” of the high-tech industry. According to Bennett, the burgeoning North Bay telecom industry, while creating a considerable number of high-end jobs, also generates an extraordinary number of low-end jobs in the service sector.

The situation in Sonoma County, he adds, is beginning to mirror Silicon Valley’s.

WAGE DATA published by the California Employment Development Department tend to support that notion. The figures show that 45 percent of all the new jobs created in Sonoma County between 1995 and 2002 are expected to pay less than $10 per hour.

In addition, Bennett points out, only 17 percent of households in the county can afford the median-price home, which is hovering around $330,000. The national Low-Income Housing Coalition calculates that a renter must earn $15.94 an hour just to afford a typical two-bedroom apartment here.

Yet the local coalition has yet to propose an hourly living-wage figure. “As part of our ordinance, we’ll come up with a calculation of what we believe a living wage to be,” Bennett explains. “But there’s not a one-size-fits-all solution. So how the ordinance is crafted may differ somewhat from one municipality to the next.”

Organizers say the living-wage ordinance will definitely cover any city contractors or subcontractors and could cover firms that lease property from the city, as well as firms that receive public subsidies, of any form, particularly redevelopment funds.

Representatives from labor, religious organizations, nonprofits, youth, and the Latino community are expected to speak at the first meeting. Members of each city council, and possibly a county supervisor or two, are scheduled to attend. The keynote speaker will be Stephanie Luce, professor of Labor Studies at the University of Massachusetts-Amherst and co-author of the book The Living Wage: Building a Fair Economy.

These days, Bennett is particularly buoyed up because the living-wage movement could gain even more momentum locally owing to the current national political climate.

“At the federal level, with what I would call a very hostile Republican administration that is certainly going to be very resistant to any further increases in the minimum wage, we could make a real difference with the living wage,” he says.