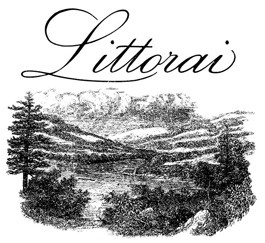 This operation is nothing if not transparent, starting here, in a muddy farmyard in December. I’m looking through a window set in the midst of a 70-foot compost berm. I see layers of pomace, manure and rotting hay that will be transformed, come spring, into rich compost for the vineyard. I’m looking, in some ineffable way, at the organic energies that will inform a future vintage of Pinot Noir.

But Ted Lemon isn’t talking wine, just yet. Striding down into the woods, he points out efforts to eradicate invasive Scotch Broom in favor of native trees and undergrowth; a project to reintroduce native bees, even though they don’t directly affect self-pollinating wine grapes; and coyote bush—often thought of as a noxious weed—that feeds the bees in winter.Outside of a barn stocked with horsetail, chamomile and cow horns, while friendly dogs and a curious kitten frolic underfoot, Lemon explains: “We believe that wineries will only be sustainable in the future as wine farms.” This means growing 10 acres of hay, but only three of grapes. Lemon is also considering introducing cattle to this 30-acre biodynamic farm, but with as much careful deliberation as he launched Littorai, with several hundred cases, in 1993, purchased the estate in 2003 and recently built a brand-new, hay-bale winery—all funded by the wine itself. “This is not an indulgence,” Lemon is quick to point out.

Tastings are held in the winery for interested parties, with no shirts, no hats and no tchotchkes for sale. Lemon was the first American winegrower hired in Burgundy, and it’s no mistake that wines arrow toward to a Burgundian palate, even as the vines are rooted in the Sonoma Coast. With an earthy aroma reminiscent of an oak woodlands walk—without overbearing oak—the 2008 Charles Heintz Vineyard Chardonnay ($60) enchants, and finishes with zippy acidity. Aloe and citrus similarly wrap up the 2008 Thieriot Vineyard Chardonnay’s ($60) reverie of bay leaf and sea breeze. With the 2007 Sonoma Coast Pinot Noir ($38), the goal is lean structure and fruit; orange peel, floral hints of plum leaf and tea finish more firmly with the plummy, 2007 Cerise Vineyard, Anderson Valley Pinot Noir ($65), while some of the darker, licorice and glazed fruit characteristics of this area’s more opulent Pinot may just be glimpsed in the 2006 Haven Vineyard Pinot Noir ($75).No strict idealist, Lemon has no illusions of achieving his ideals overnight. The goal of this wine farm is to move in the direction of a future that today might only be glimpsed through a window darkly, while the wine is brilliant in the glass.Littorai Wines, Sebastopol. Tastings by appointment. 707.823.9586.