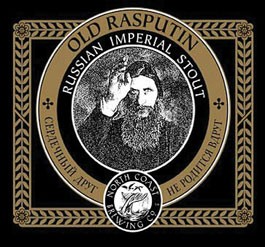 How a tax aimed at alcopops is harming craft brewers

North Coast Brewing Company’s Russian Imperial Stout is a beer. The same inky black beverage aged for a year in a bourbon barrel, however, may be defined as a “distilled spirit,” according to a poorly worded clause passed into law by the state Board of Equalization in late 2008. Since then, North Coast has had to pay a per-gallon fee on its barrel-aged stout that is 16 times higher than the state’s standard beer tax.

This same financial hardship has befallen many other breweries that age beer in liquor barrels, an increasingly popular brewing technique that can enhance beer with creamy, dessertlike flavors. But the law was never supposed to affect brewers of beer. Rather, it was written with the intent of raising the tax on so-called cheerleader beer and alcopops, cheap, malt-based alcoholic beverages like Mike’s Hard Lemonade and Smirnoff Ice that have been the source of underage drinking and alcohol abuse.

The Marin Institute, an anti&–alcohol abuse organization based in San Rafael, was among several groups that petitioned in 2006, asking that the state reclassify alcopops as distilled spirits. At the time, alcopops were made by fortifying a sweet and syrupy, low-alcohol malt-based beverage with distilled grain alcohol to the strength of about 5 percent alcohol by volume. State law as it was then written recognized these products as “beer” and taxed them as such. The California beer tax runs 20 cents per gallon, whereas the distilled spirit tax runs $3.30 per gallon.

“It was hugely advantageous financially for these drinks to be classified as beer,” says Michele Simon, research and policy director of the Marin Institute. “We wanted to change the classification of these alcopops and apply the distilled spirit tax to Mike’s Hard Lemonade and those drinks that were pretending to be beer.” That, she explained, would raise their retail prices and make them less appealing—or accessible, anyway—to children.

But the law seems to have failed, for alcopops are still as cheap as ever, while a sub-style of gourmet beers has taken the tax hit. That’s because the newly approved legal language reclassified any malt-based beverage fortified with liquor by a half-percent of alcohol or more as a “distilled spirit.” Many barrel-aged beers that soak for a time in liquor-drenched wood fit that bill. North Coast’s Russian Imperial Stout, for one, measures 9 percent alcohol in conventional form but weighs in post-barrel at 11 percent, making the beer subject to taxation as a distilled spirit.

Alcopop producers, meanwhile, saw an easy way around the law by altering their production formulas in such a way that they now no longer add distilled spirits; thus, they remain technically “beer,” allowing Diageo-Guinness USA, Anheuser-Busch and others to continue paying the scant 20 cent per-gallon tax on their alcopops.

“In hindsight, someone obviously should have figured out better language to isolate these alcopops and leave beer out of it,” Simon says.

But anti-alcopoppers received plenty of forewarning of what might happen. Not only did brewers explain during public hearings that the new language would drag them under purview of the distilled spirit tax, reps of the giant alcopop companies warned the board that they would alter their drink formulas and thereby dodge the tax if approved, according to California Small Brewers Association executive director Tom McCormick, who both gave and listened to testimony at a public meeting in Sacramento prior to the law’s passage.

Clearly, the alcopop makers weren’t bluffing. Records available on the Board of Equalization’s website show that 27 flavors of Mike’s Hard Lemonade, 16 flavors of Smirnoff flavored beverages and seven flavors of Bacardi alcopops are now made without distilled spirits.

To McCormick, the entire process of enacting the distilled spirit tax—from its beginnings as a sincere petition from the Marin Institute to its current state of malfunction—has made a mockery of state policy making.

“It didn’t do anything to fix the [alcopop] problem,” he says. “It only ensnared craft brewers, and it has wasted taxpayer dollars in the process.”

He acknowledges the good intentions of the measure, meant to increase the cost of easy-to-drink alcoholic drinks favored by minors and alcohol abusers. “But [liquor barrel-aged beers] are high-end products, and they certainly aren’t abused,” McCormick says. North Coast’s barrel-aged stout, for example, costs $20 for a 16.9-ounce bottle. In spite of the 1,600 percent increase in tax rates on his barrel-aged imperial stout, North Coast’s president Mark Ruedrich has been a good sport about the ordeal.

According to the Board of Equalization, $93,378.10 has come from taxation as distilled spirits of drinks that previously were taxed as beer, and brewers of bourbon- and brandy-barrel-aged beers have paid almost all of it.

Brewers do have a legal way out of paying liquor taxes on their beers. Using a weaker beer, they can blend down the strength of a booze-barrel beer to the tax-free limit of a half-percent fortification. Lagunitas Brewing Company’s brewer Jeremy Marshall plans to take this tactic in the fall when he puts on keg bourbon barrel-aged imperial and cappuccino stouts. Other brewers, though, feel their beers are compromised by such blending.

In Fairfax, Iron Springs Pub and Brewery has aged several beers—including a sour, rye-based persimmon ale—in used barrels. However, the distilled spirit tax hasn’t hit the small brewpub, because the barrels are retired Zinfandel casks and any increase in alcohol drawn from the winey wood cannot be attributed to distilled spirits. Russian River Brewing Company’s Vinnie Cilurzo, famous for his wine-barrel aging program, also has nothing to fear from the alcopop legislation.

Though an honors system requires breweries to voluntarily inform the state of any beers that, as of 2008, fall under the distilled-spirits tax, some are just laying low.

“They haven’t found us yet,” said an employee at a Northern California brewpub that recently aged a small portion of barleywine in a used whiskey barrel. She asked that her brewery be left unidentified. “We’re a tiny operation and it won’t amount to much money, but I think they may find us eventually.”