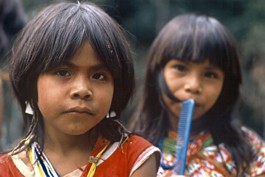 W hat can I do?” More than any other question posed to staff and volunteers during the annual 10-day Mill Valley Film Festival, those four words—”What can I do?”—form the one query that, according to, MVFF director of programming Zoe Elton, has been deemed by the festival as most deserving of an answer. Sometimes posed as an invitation to join the army of volunteers who grease the festival’s wheels year after year, the question is also routinely uttered by moviegoers as they leave a particularly moving film, one that has inspired them to take some sort of action to make the world a better place.

“People really do come up to me all the time after films,” says Elton, “especially with films about so-called social issues, environmental issues, racial issues. People want to know what they can do to effect some sort of change in the world. We decided that beginning this year, we were going to be ready with some answers.”

Now in its 31st year, the festival, this year running Oct. 2&–12, features over 200 films, as well as panel discussions, celebrity appearances, ceremonies, contests and other movie-related happenings, and marks the official launch of Active Cinema, a kind of socially conscious connective thread linking together many of the movies and events that showcase important ecological and humanitarian issues. Concurrently, the California Film Institute, which presents the festival and runs the Christopher B. Smith Rafael Film Center in San Rafael, has launched the three-year Green Initiative, intended to educate the public through film as it transforms all CFI facilities to conform with the highest green business standards.

“Active Cinema,” Elton explains, “is a way to connect the dots between activist films, the audiences interested in those issues and the various nonprofits and organizations dedicated to the issues portrayed onscreen.” In addition to marking certain featured films as “Active Cinema” in the guidebook, organizers have upped the activism level on many of this year’s postfilm Q&As, inviting guests and experts who can answer the “what can I do?” question with practical advice.

On Sunday, Oct. 5, the first annual Active Cinema Roundtable will feature a lively discussion between filmmaker and Annenberg Foundation trustee Charles Annenberg Weingarten, Brazilian activist and native chief Almir Narayamonga Surui (featured in the film Children of the Amazon), and Amazon Conservation Team director Vasco van Roosmalen, plus Jenny Yancey and Weezie Yancey-Siegel of YouthGive. The festival even promises to introduce environmental and activist elements into its popular Cinema Sports contest, in which filmmakers make a film from scratch in a single day, incorporating a list of “ingredients” provided at the kickoff to all contestants. According to Elton, this year’s ingredients will steer the films in a decidedly socially conscious direction.

“In a way, the threads of Active Cinema have always been part of the Mill Valley Film Festival,” Elton says. “We’ve always had films that deal with environmental issues, social issues, human rights issues. Those kinds of films come with the film festival territory, but they also come as part of the community we live in here in Northern California, the consciousness of people in the Bay Area. Activism, social efforts, environmental efforts—these have always been present in the programming, but this year the festival plans to build that activist impulse into the fabric of the festival.

“I see Active Cinema as people actively using film as a way of understanding and expressing important social issues,” Elton continues. “We really want to bring people together to network, to talk, to meet people and see new ways they can connect with organizations that are doing something proactively.”

Which brings Elton to the matter of the tree.

“The tree, yes!” she laughs. “This year, there are several films that relate to trees and environmentalism,” she continues. “Children of the Amazon and Taking Root both have to do with issues of deforestation, so the dots started connecting, and we thought it would be an appropriate ritual—here as we are planting the seeds of an important new project, here in the kickoff year of Active Cinema—to actually have a ceremonial tree-planting during the festival.”

As it so happens, right in the middle of the square by Mill Valley’s Book Depot is a dying tree slated for removal. So the Active Cinema tree-planting will take place right in the center of Mill Valley.

“Which, metaphorically,” Elton adds, “is kind of great, and we hope it will inspire people to plant more trees on their own, at home or in other areas where new trees would be beneficial.” The ceremony will take place on Saturday, Oct. 4, at 10am.

“There is something about film,” Elton says, “probably because it is based in storytelling—regardless of whether it’s a documentary or a narrative film—that can take a theme and make it a part of the audience’s consciousness. In a remarkably personal way, a film can give you an emotional understanding of the story it is telling, because in film we are allowed to become a part of that story. We see ourselves in these stories. And when inspired, we want to take those feelings and turn them into action. That’s what Active Cinema is all about.”

The films tagged as Active Cinema this year include Tim Disney’s American Violet, a true story featuring Alfre Woodard as the mother of a young woman unfairly arrested on drug charges, a case taken up by the ACLU. The real-life lawyer in the case will be on hand at the screening to answer questions about what can be done to battle racism in similar situations.

Also featured is Where the Water Meets the Sky, in which 23 Zambian women tell their own stories as they learn to use video cameras distributed to their community. Burning the Future: Coal in America looks at the devastating aftermath of “mountaintop coal mining” in the Appalachians, and Fire Under the Snow follows Tibetan monk-activist Palden Gyastso, arrested by the Chinese government for attending a pro-Tibet rally and held for 33 years. These are just a few, each a representation of how a strong story well-told can move people to activism.

“I think film is a very important tool, because it  can touch people,” says filmmaker Denise Zmekhol, director of Children of the Amazon. “Film,” she says, “can educate people while entertaining them, it can bring a lot of awareness to important situations going on in the world. I really believe this. That’s why I do it.”

In Children of the Amazon, Zmekhol returns to the Surui and Negarote tribes of the Brazilian rainforest to find out what become of the children whose faces she photographed 15 years ago, pictures that became a world-famous traveling exhibition. This time, she didn’t just take pictures, she made a movie.

“When you get engaged in something like what my film is about—the destruction of the Amazon—film is especially effective because it doesn’t just tell you what is happening, it shows you,” she says. “If people don’t understand how we are all connected—that what we do here in America affects the lives of the people there, and that whatever they do there is going to impact out life here—we’re going to lose something we will never get back. It’s important for people to learn and understand so they can make a choice about what’s important to them, and film is a powerful way to touch them. Whether they just take it as entertainment or become moved to activism, what they do with their feelings after that is up to them.”

Other highlights of the 2008 MVFF

Israeli director Eran Riklis (The Syrian Bride) brings us Lemon Tree (Oct.12), the story of a Palestinian widow with a lemon grove near the volatile border with Israel, where everyone is a suspected terrorist. In Flash of Genius (Oct. 2), starring Greg Kinnear, the true story of the man who invented the intermittent windshield wiper and was subsequently cheated by the automotive industry comes to life in a film by Marc Abraham, the producer of Tuck Everlasting and Children of Men.

The tuneful documentary Hair: Let the Sun Shine In (Oct. 6 and 11) tells the story behind the ’60s most outrageous Broadway musical. The Lost Skeleton Returns Again (Oct. 3 and 5) is a sequel to Larry Blamire’s hilarious 2001 spoof, The Lost Skeleton of the Cadavra, which promises more black-and-white mayhem as people “do science” and escape the clutches of aliens, jungle dwellers and a badly manipulated skeleton.