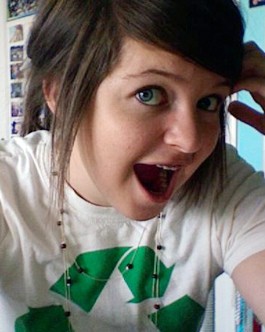 A world without YouTube is now unimaginable. Founded in 2005 by three guys in San Bruno, the video-sharing website is a major hub in the online-communication revolution, hosting an endless smorgasbord of user-generated video content. It’s easy as pie to find an audience for one’s desktop rants or home-movie oddities. Here, you can also find virtually every moving picture ever made, from movie scenes and the show you just missed to the latest or most classic music videos. Its success has heralded a new age in entertainment, one with a tiny screen and an even smaller attention span.

But like any good thing, YouTube got too big. It became the third most-visited website on the Internet, adding 13 hours of new video per minute with bandwidth costs topping an estimated $1 million a day. Shortly after its 2006 acquisition by Google for an astounding $1.65 billion came the scramble for regulation and litigation. (One such case last year involved a Pennsylvania woman’s use of Prince’s “Let’s Go Crazy” in an adorable 30-second video of her dancing 13-month-old.) Since YouTube videos are streamed, not downloaded, any sense of proprietorship regarding use of copyrighted material has been hazier than, say, a straight piracy case.

The big news this month is that Sony Music Entertainment became the first major label to renew its music licensing deal with YouTube, a sign that industry dinosaurs may finally start to swim rather than sink in today’s world. Sony, the second largest music company in the world, seems fully aware of the value of viewership; in December of last year alone, YouTube had 100 million users. Online music videos in particular have emerged as a burgeoning revenue stream, with record labels either earning about half a cent for each view or a share of associated ad revenue.

With MTV and VH1 focusing on pseudo-reality shows these days, record labels have found a buzzing home on Internet sites like MySpace, Vimeo and YouTube. One need only look at Sony artist Beyoncé for proof of YouTube’s promotional potential. Her smash hit “Single Ladies” was buoyed by dozens of viral video spoofs circulating through in-boxes the last few months (a must-see is posted by “Cubbyradio2,” in which an overweight man tries on the dance moves—and the black leotard). Sony, naturally, has benefited.

In contrast, Warner Music Group recently made headlines for having its entire content pulled from the site. In December, the entertainment conglomerate ended contract renewal talks in a dispute over licensing fees, spelling the end of any YouTube video that uses a Warner-copyrighted song. Even amateur videos, such as fan videos and lip-synch videos with Warner music in the background, have been removed or muted.

One irate user is Rob Rubin, user name “TygerWDR,” who utilizes his channel for instructional paintball videos. In a recent post, he displays contact information for YouTube, WMG and even Google, urging viewers to fax their complaints. “A video of mine featuring music by Kenny Wayne Sheppard was blocked after it’d been on for years,” Rubin complains via email. “The business model has changed, and big companies don’t understand it. They can lock down YouTube, and people will just move on to one of dozens of other services.”

For 15-year-old musician Juliet Weybret (“JulietOriginals”), the site is a showcase for her original songs, but perhaps not her cover versions anymore. “YouTube is a great way for unsigned musicians to build a fan base,” she says, still annoyed over the removal of her version of the Christmas standby “Winter Wonderland.” A video expressing her confusion has already received over 52,000 views and over 1,100 angry, empathetic comments. “People should have the right to sing someone else’s song as long as they give the artist credit,” she says. “We musicians aren’t going to steal a song we covered on YouTube.”

No matter how long fair use is debated, or whatever the 21st-century music industry will eventually look like, a website with millions of music-hungry daily visitors is nothing to shake a stick at. “I use music in the background, to set a mood or even to turn people on to music they wouldn’t normally hear,” Rubin explains, summarizing the music industry’s shortsightedness. “Since Napster, the music companies look at online consumers as criminals—and not potential partners.”