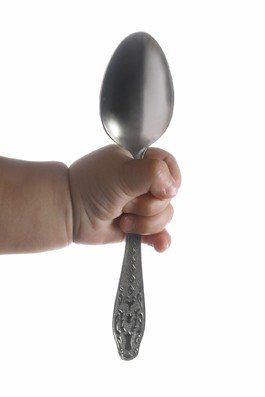 CHUB: Estimates are that more than 93,000 Sonoma County residents are ‘touched by hunger.’ It doesn’t have to be so.

Imagine this next Giant’s baseball season is a complete sellout—standing-room only, fans turned away. Lucky ticket holders pour through the turnstiles. As they enter the ballpark, each fan gets handed a tasty, satisfying, nutritiously balanced box lunch. Now add up this sellout season’s projected final attendance numbers. The figure you’ll arrive at is the number of meals the Redwood Empire Food Bank (REFB) distributed to hungry Sonoma County folks two years ago. Multiply this year-end attendance figure by the weight of one box lunch. You’ll tally nearly 9 million pounds. It’s an enormous amount of food, but that’s what the REFB managed to collect two years ago, back when the economy was humming. Unfortunately, today’s still-plummeting economic conditions demand vastly enhanced resources if there’s to be any hope of overcoming hunger, even here in our still relatively prosperous though economically disparate North Bay.

A study by California Food Policy Advocates (CFPA) published in November 2007 found that 2.5 million California adults “could not afford to put adequate food on the table on a consistent basis.” The report notes that well over 7.5 million people, most of whom are children, reside within these low-income households. The CFPA’s 2005 report places the total number of California residents receiving less than adequate nutrition at more than 10 million. While the North Bay fares better than many counties, estimates are that more than 93,000 Sonoma County residents are “touched by hunger.”

Like other charitable organizations serving economically disadvantaged people, requests for services at the Redwood Empire Food Bank have risen dramatically, precisely at a time when resources are dwindling or drying up altogether. This past year alone, the REFB experienced a 20 percent bump in food aid requests.

Last October, the Bush administration rammed through its $700 billion attempt to stem the nation’s financial tsunami. That very week, REFB executive director David Goodman wrote that increased requests for food aid “foreshadows what will likely become even greater growth as the economy corrects itself, penalizing many who can no longer play the game.”

The good news is that the REFB actually surpassed food and fundraising goals during this winter’s drive, proving that even in these distressing times regional communities do generously step up to the plate. The bad news is that with ever-growing demand comes unprecedented challenges.

The Redwood Empire Food Bank was founded 22 years ago with a stated mission to “to end hunger in our community.” Sonoma County’s largest hunger-relief organization also services California’s four northwesternmost counties—Lake, Mendocino, Humboldt and Del Norte—managing a food distribution network spanning 350 miles, from the southern tip of Sonoma County north to the Oregon border. While Sonoma County receives the lion’s share of its resources, to fully appreciate the enormity of its operation, consider that the REFB distributed more than 1 million meals to the four counties north of Sonoma in 2007 alone.

Ninety-seven percent of REFB resources go “directly towards feeding the hungry in the area we serve.” Most of that support is private and local. Add food drives and special fundraising events to personal contributions, and individuals’ support to REFB accounts for more than government, foundation and corporate backing combined. While failed and bailed-out corporate CEO’s lavish billions of taxpayer monies on themselves and their underlings, REFB distributed almost 11 million pounds of food to those in need last year, while spending less than 1 percent of its expenditures on its own support services.

Over 5,000 people volunteer at the REFB annually, totaling over 70,000 hours of work last year. Its Agency Shopping Program, one of a host of offerings, distributes food to 133 charitable organizations, including childcare centers, disaster-relief agencies and youth and seniors programs, along with group homes, emergency food pantries and free dining halls.

Fresh produce constitutes more than 40 percent of food obtained and distributed through the REFB. For every dollar it spends, the REFB hands out four times that in food. Last year, it provided food to over 60,000 persons, the bulk of whom are working families with children.

Sheila Groves of Notable Talent, the booking agent of Petaluma’s Mystic Theatre, recognizes the growing hunger problem and wants to pitch in. “Like everyone else,” Groves says,” I felt weighed down reading the news about the number people in need rising and the ability to help them as the economy worsens.” Groves says she appreciates the work the Redwood Empire Food Bank does to fight hunger, and just “wanted to do my part to help out to the best of my ability, and that is through music.” Thus was Twangfest conceived.

On Saturday, March 7, the Mystic hosts REFB fundraiser Twangfest! Taking a Bite Out of Hunger. The show features five bluegrass-newgrass bands, as well as a “yodel-off” helmed by Dan Hicks. The party kicks off a dance exhibition by the Redwood Country Cloggers.

“Our goal is to raise $30,000 for the cause,” Groves says. “This may be lofty, but we’re hoping we can do it. The bands are all donating their time, and the Mystic Theatre is donating the venue, staff, production and advertising to the show.”

Raffle tickets for thousands of dollars’ worth of valuable prizes will be offered along with a silent auction of autographed musical celebrity-nalia. The Mystic Theatre in Petaluma holds 475 people. A ticket to the next Giant’s game won’t get you in, but 12 bucks or six cans of food, will.