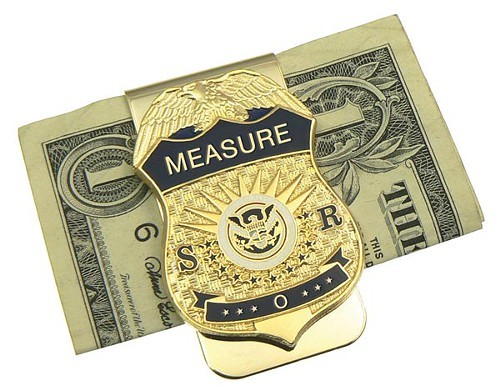 Tonight’s city council meeting had it all: grandstanding, fireworks, hyperbole, backtracking and bickering.

What it didn’t have, unfortunately, was any substantial clarification on gang-related crime.

Some may remember what started this discussion: Robert Edmonds’ Bohemian cover story on the admitted inability of the Santa Rosa Police Department to report accurate gang crime statistics—even as the department was receiving millions of taxpayer dollars for gang prevention from Measure O, which required a “standard statistical reporting format” for “gang-related criminal data.”

As editor, I was proud to run the story. I was also glad to see Kevin McCallum bring it to a wide audience on the front page of the Press Democrat this past Sunday. But what I really looked forward to was SRPD Chief Tom Schwedhelm’s report on the matter to the city council tonight.

I like Schwedhelm. The fact that he agreed to sit down and answer tough questions from Edmonds, who’s worked on police accountability issues for years, speaks volumes. As he himself said tonight, “We’re being very transparent about this. There are other communities where this would never see the light of day.”

As such, Schwedhelm has openly admitted that the department doesn’t have accurate gang crime data, and for this he cites budget cuts and lack of officer training. Mostly, though, he’s chalked it up to a change in the “reporting and methodology” for gang-related crime. That’s the key reason, according to the department, that in documents supplied to Edmonds (and later, to city council members), gang crimes in Santa Rosa appear to have jumped a whopping 346 percent in the past five years.

Despite repeated requests from Edmonds, Schwedhelm didn’t supply details. After the story ran in the Bohemian, however, this item popped up on tonight’s council agenda: “GANG CRIME STATISTICS AND REPORTING METHODOLOGY UPDATE.”

Here’s the update, then. I went to tonight’s meeting, and in his presentation, Schwedhelm reported that the department had “broadened” their statistical reporting, thus causing the alarming jump in reported gang statistics. But how broad was “broad,” I wondered? When it came time for Schwedhelm’s grand reveal on the overhead projector, the department’s much-touted “new” definition of a “gang-related incident”—instead of a gang-related crime—read as follows:

So there are a few things I’d like to see.

After the presentation, and after Gary Wysocky and Ernesto Olivares traded some lively barbs (“I resent that,” “I take offense to you,” etc.), the public comment portion of the meeting finally included several mentions of what no one likes talking about: race. So with concern to racial profiling, I’d like to see some specific criteria on exactly how the department designates an incident as “gang-related,” and what evidence the department uses to designate an individual as a gang member. Something like this, perhaps, which is a document showing how the department once identified gang members. Really, read it.

I’d like to know why the department has now decided to include “incidents” in gang statistics, which has sharply raised the statistics for gang activity in Santa Rosa, and I’d like to hear some concrete examples of situations that might constitute an “incident” as opposed to a crime.

I’d like to know more about Schwedhelm’s twice-repeated statement tonight that “We don’t track individuals, we track incidents.” That seems to directly contradict the department’s stated goal of identifying individuals that have been or are currently associated with criminal gang activity. Furthermore, I’d like to know if, like the majority of law enforcement agencies in the state, the SRPD works with CalGang, a statewide “intelligence database targeting specifically members of criminal street gangs, tracking their descriptions, tattoos, criminal associates, locations, vehicles, fi’s, criminal histories and activities.”

I’d like to know how often the police department and Mayor’s Gang Prevention Task Force receive additional outside funding in the form of grants, and if their chances of receiving grants are increased by doing just this—demonstrating higher statistical gang activity in Santa Rosa.

Mostly, though, I’d like to know where this all leads.

Then my positive side kicks in and says that the Mayor’s Gang Prevention Task Force is truly doing a lot of good work with after-school programs and community festivals, even though they allowed children in South Park to play with semiautomatic weapons as part of “Gang Awareness Week,” which I think is deplorable. (They also publicly boasted about banning “Snitches Get Stitches” shirts from being sold at the Santa Rosa Plaza, which I think is just kind of funny, actually.)

Then I think about all the anecdotal evidence, which is what the SRPD and Olivares prefer to talk about in the absence of hard statistics. Except the anecdotes I hear are a little different. The former gang members who can’t get off the gang database. The kids who commit misdemeanors, like writing graffiti, which then get unfairly upgraded to felonies because the police say it’s “gang-related.” The times my wife has called the police reporting gang fights at her work, only to wait 45 minutes for officers to arrive. The friends I have living in Roseland who say the gang problem is blown way out of proportion as a political fear tactic. The officer who disfigured a woman when he crashed into her truck driving 100mph in response to a call about some kids at the DMV wearing baggy clothes. The guy from South Park who talked at tonight’s meeting, who said the only authority figure that ever helped him avoid gang life was a school counselor, and the only thing Measure O ever did was cycle a bunch of his friends through jail and juvenile hall. There are hundreds of other stories.

At any rate, Measure O doesn’t expire until 2026, so there’s going to be plenty more years of Santa Rosa taxpayer money going to gang prevention. But always remember: it’s our sales tax increase that we voted for—it’s our money, really—and because of that, we have a right to be able to ask questions and expect clear answers about its effectiveness. And we definitely have a say in how the money is spent.