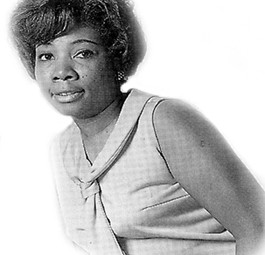 B ox sets make great Christmas gifts—they’re impressively packaged, they come with fancy booklets to pore over and they can be listened to for hours on a leisurely holiday. But most importantly, loved ones often truly want a certain box set, yet often won’t justify buying it for themselves. That’s where you come in. This year has been especially generous in the box-set department; here are a few of the good ones to throw under the tree.

‘Love Is the Song We Sing: San Francisco Nuggets 1965&–1970’ An amazing four-CD set that digs ridiculously deep into the San Francisco ’60s underground, Love Is the Song We Sing comes complete with detailed liner notes and reminisces about the heart of the definitive cultural revolution. All the heavy hitters from the Summer of Love get their usual due, but it’s the utterly obscure groups (the Vejtables, Mourning Reign, the Harbinger Complex, to name a tiny few) that distinguish this set from a mere nostalgia piece. An essential pick for anyone who grew up in the Bay Area during the 1960s.

Miles Davis, ‘The Complete “On the Corner” Sessions’ I have to admit, it was the famous fat-booty artwork that originally lured me to On the Corner , and on an initial listen I didn’t feel anything click. But I tucked it in my memory as one of those albums I’d probably dig on down the line, and sure enough, over the years I’ve pulled it out to increasingly enjoyable results. This set showcases the uncut, unedited band, playing live and raw in the studio, crafting jams that were too heavy for the public to comprehend even 20 or 30 years into the future. A sticker on the outside talks about Davis going “beyond the outer limits of jazz, rock and funk”; in doing so, he rewrote the boundaries of all three.

‘Stax 50th Anniversary Celebration’ As with the San Francisco box set, it’s the obscure tracks on this affordable two-CD set that make it worth picking up, as with “Your Good Thing (Is About to End)” by Mable John. Who the hell is Mable John, and why did such an amazing singer nearly get lost to the cut-out bin? It turns out she was Little Willie John’s sister, and as for why she’s not a household name, who knows—all you have to know is she’s on this set, which, incidentally, is impeccably sequenced. The lineup of “Mr. Big Stuff” followed by “Never Can Say Goodbye” and then “Whatcha See Is Whatcha Get” is almost as good as the one-two-three punch of “Tramp,” “Soul Finger” and “Born Under a Bad Sign.”

‘People Take Warning! Murder Ballads and Disaster Songs 1913&–1938’ A stunning three-CD overview of early American blues and folk recordings that’s sure to sink Christmas merriment at the drop of a needle. The songs from these restored 78 rpm records chronicle disasters both large and small: the sinking of the Titanic, the Baltimore fire of 1904 and the Mississippi flood of 1927, to name but a few. If you’ve ever wondered what it was like to live in a world of train wrecks, explosions and fatal diseases, look no further; the brilliant liner notes by Tom Waits put it all in perspective. Incredible.

‘The Heavy Metal Box’ A mammoth set spanning 1968&–1991, from Iron Butterfly to Sepultura, with every screeching solo, chunky power chord and high-pitched wail in between. The best part is that no matter how old or dated this stuff gets, it’s still guaranteed to make parents totally miserable. Hell yeah! Most diehard metal fans could probably do without Great White or Poison, and including Spinal Tap almost seems like admitting defeat, but seriously, Hawkwind, Iron Maiden and Slayer in the same Marshall Amp-shaped container? Dayy-uumm.

Roy Haynes, ‘A Life in Time’ Three CDs plus a DVD that only scrapes the surface of Haynes’ vast discography as one of the most-recorded drummers in jazz. If you’ve got a loved one who recently went to see Haynes at Yoshi’s and couldn’t stop drooling afterward, this one’s a no-brainer. Every kind of combo is represented, including those led by Charlie Parker, Oliver Nelson, Bill Evans, Bud Powell and Eric Dolphy, up to Haynes’ own Fountain of Youth and Birds of a Feather groups. Thwack thack thack bmm boom bmm thwack!

‘The Brit Box: UK Indie, Shoegaze, and Brit-Pop Gems of the Last Millennium’ Even snobby Anglophobes who cringe whenever Catherine Wheel or the Stone Roses are mentioned will find it hard to argue with the Cure, the Smiths, Spacemen 3, Pulp, Supergrass, Elastica or Spiritualized. (I have a friend who is aghast at the glaring omission of Shellyann Orphan, but when you’ve got Thousand Yard Stare and Gay Dad, who needs Shellyann Orphan?) Grant yourself extra twee points for wrapping this up with a stringed tea bag as a ribbon and crumpets as a bow.

The Beatles, ‘Help!’ There’s a wonderful fly-by-the-seat-of-your-pants feel to this movie, and the unwritten vibe clearly enshrines the absurd. Discovering marijuana in the early stages of the skyrocket ride to immortality was never more exciting. As has long been pointed out, this is also the dawn of the music video as we know it, with the ski-pole edits in “Ticket to Ride” predating Michel Gondry by a good 40 years. A deluxe version of the regular two-DVD set includes lobby cards, a poster, a book with unseen photographs from the film sets and a reproduction of Richard Lester’s original annotated script. How tempting is that?

Led Zeppelin, ‘The Song Remains the Same: Collector’s Edition’ The first time I saw this film, I fell asleep during “Dazed and Confused.” When I woke up, Jimmy Page was still playing the song’s violin-bow solo! Which means: the songs are crazy long. This is ’70s excess at its finest, and there’s bound to be someone in the family who’s been frothing at the mouth over Zep’s reunion show in London, so give ’em the next best thing.

Megadeth, ‘War Chest’ No one who sat through the Metallica documentary Some Kind of Monster can ever forget the crying, sniveling, whimpering Dave Mustaine scene where he talks about getting the boot from Metallica and how it ruined his life. Redemption is his, however, with this massive, avenging box set that chronicles Megadeth’s career and shows that Mustaine got heavier and heavier while James Hetfield and Kirk Hammett hella wussed out.

Emmylou Harris, ‘Songbird’ The beautiful voice of Emmylou Harris turns up in so many undiscovered corners of the recording world that it would be impossible to collect even a petri-dish sample of everything she’s done. This set focuses on some of her personal favorites from the last 35 years, eschewing radio hits and well-known concert staples. With a well-written book, a DVD of live performances, there’s even a home recording, thoughtfully included, of Harris singing “Immigrant Eyes” for Guy Clark on his birthday.