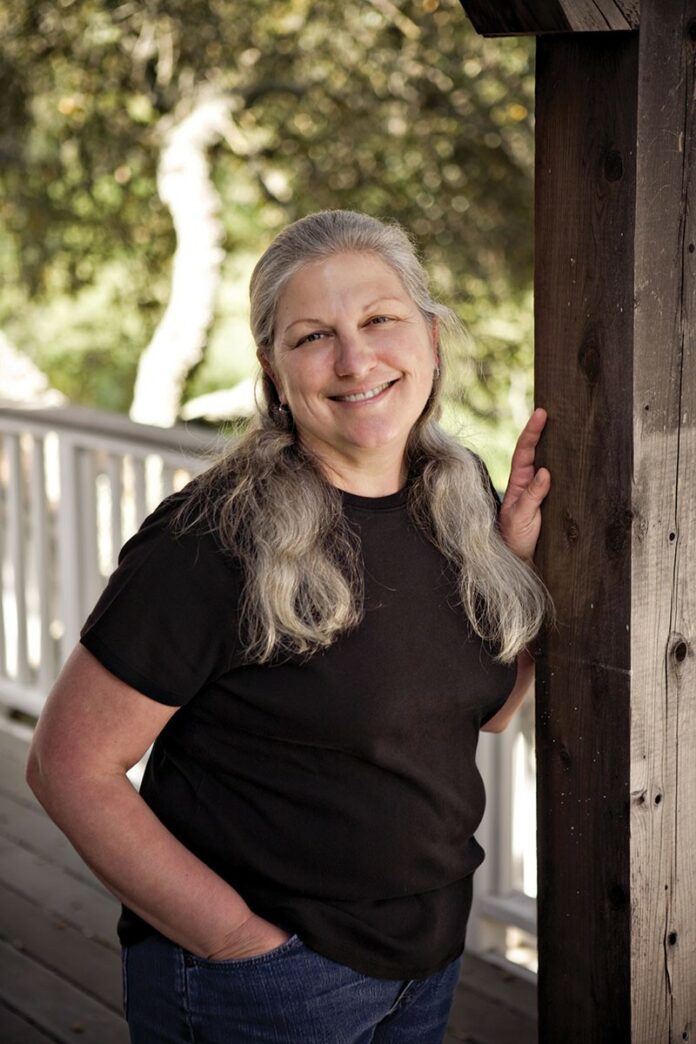 It should surprise no one that a movie mogul owns a vineyard in Glen Ellen. That’s what successful folks do around here. But mention John Lasseter, and you’ll generally widen some eyes.

Yes, the very same creator of Toy Story, Finding Nemo, WALL-E and dozens of other hugely successful Pixar features that are all too well known to anyone who’s had kids in the past 20 years. And yes, befitting of one of the nation’s leading grownup kids, his home vineyard is ringed with its own narrow-gauge railroad, serviced by a charismatic little steam engine called the Marie E. If it all sounds like so much fun, there is one more surprise: the only carryover from Lasseter’s groundbreaking career in computer animation is a discreet “Wally B.” in the winery’s logo.

The Lasseters want the experience here to be just about the wines, explains their winemaker, Julia Iantosca (pictured), which is why you’ll find no giant statues of Buzz Lightyear (or even the mere mention of the word “Pixar” on their website). The modest, compact winery and hospitality center was built from scratch on the site of the former Grand Cru Vineyard, by a babbling “brook” that recycles water from the vineyard pond. Visitors should not expect to drop in on John and Nancy Lasseter here, although their portly dachshund may come scuttling by in his never-ending search for Iantosca, who is obliged to give him a treat upon being found.

The Marie E. makes an appearance on the label of Lasseter’s 2011 Chemin de Fer ($46), a juicy Rhône-style blend with a spice box more like Pinot Noir. The 2012 Enjoué Rosé ($24) also employs the triple threat of Syrah, Mourvèdre and Grenache. Fastidiously Francocentric, the Lasseters wanted to make a rosé like those they enjoy from the south of France, so they brought back three dozen bottles to survey before deciding on this wine’s style: classic salmon-pink, orange zest flavor, mouth-filling but crisp. “Because the Lasseters are very visual people,” Iantosca says, “it was important to get the color correct.”

The vibrant, magenta-rimmed 2010 Paysage ($52), a Merlot-based blend, and the Malbec-based 2010 Amoureux ($54), with graphite and wild raspberries on the nose, are fine Bordeaux facsimiles. With engaging wines, paired with a plate of locally made cheeses and chocolates, this seated tasting should not disappoint adult fans of well-made wine. Children, on the other hand, may be bored out of their tiny minds—except on the day that the Lasseters invite classes from neighboring Dunbar School to release and learn about the “good bugs” that inhabit the insectary bordering their organically farmed vineyards, and it’s a bug’s life here, after all.