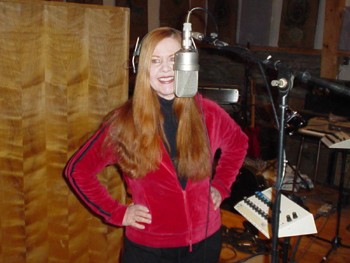 Outing the Lost Songs: Kate Pierson drops her B-52’s bouffant for a hairdo that more approximates the style of a Beatles tribute band.

Tour celebrates the ‘lost’ songs of Lennon and McCartney

At 15, Kate Pierson was a pimple-faced junior high school student living near Palisades Park, N.J., a big Bob Dylan fan, and a member of a local folk group that performed protest songs. Then the Beatles landed on U.S. shores and the future B-52’s singer got bit by the pop-music bug.

“I was completely infected with Beatlemania as soon as I saw them,” she recalls, describing her first encounter with the Fab Four during the media blitz that preceded the band’s breakthrough February 1964 TV appearance on the Ed Sullivan Show. “I became a total fan. I remember seeing them being interviewed on TV and was just wild about them. Of course, when the singles came, my best friend and I had big arguments about our favorite Beatle. I still have an ‘I Love John’ button from that time.”

Now Pierson has a critically acclaimed Beatles tribute to her credit as well. Pierson and an improbable group of collaborators that includes British pub-rocker Graham Parker and alt-rock guitarist Bill Janovitz of Buffalo Tom are the driving force behind From a Window: The Lost Songs of Lennon and McCartney. The newly released disc features a core band that includes country-soul guitarist Duke Levine, drummer Dave Mattacks of Fairport Convention (an esteemed veteran who has played with McCartney and George Harrison), and rockabilly bassist Paul Bryan.

The CD offers radical reinterpretations of 17 Lennon-McCartney songs that were never released commercially by the legendary mop tops but instead were parceled out by Beatles’ manager Brian Epstein to such pop acts as Cilla Black, Billy J. Kramer, and Peter and Gordon.

Pierson, Parker, and Janovitz bring their Beatles tribute to the Mystic Theatre on June 8.

“Lennon and McCartney were no slouches–these songs are unbelievably great and certainly are not in any way the castoffs,” Pierson says during a phone interview on the road somewhere between Boston and New York. “These guys really were churning out the hits back then and had lots of surplus material that was the essence of the Merseybeat sound. These songs are pop gems that are short and concise and so well-constructed.”

The project, conceived by producer Jim Sampras (best known for 2000’s Badlands: A Tribute to Bruce Springsteen’s Nebraska and a handful of beat-poet tributes), presented its own set of challenges. In keeping with the times, many of the 1960s originals were heavily produced and sometimes laden with string sections. Pierson and her cohorts have taken artistic license with the arrangements.

“We have made them our own, basically,” she says.

On From a Window, the newly revamped “Love of the Loved,” first recorded by British pop sensation Cilla Black and the first in a long string of hits for the vocalist, features jazz clarinetist Don Byron, who helped to funk up the session. Another Black track, “Step Inside Love,” gets a rave-up treatment with help from alt-pop stars Johnny Society.

The Peter and Gordon hit “Nobody I Know” now sounds like something the Carpenters might have recorded, and Parker has reinvented “Tip of My Tongue,” an obscure Tommy Quickly hit that originally featured a shagadelic Austin Powers arrangement, as a reggae song. And the title track, recorded by both ’60s pop acts Chad and Jeremy and Billy J. Kramer, has been transformed into a Stones-like rocker.

So far, the lost Lennon-McCartney songs are delighting audiences and drawing rave concert reviews. “These songs are so much fun to sing–it’s upbeat and happy music that makes you feel good,” Pierson says. “We’re having a great time.”

And what’s next for Pierson? She and Parker will appear on an upcoming CD version of Dr. Sax and the Great World Snake, a Jack Kerouac screenplay newly discovered by Sampras, whose aunt was married to Kerouac. And the B-52’s are promising to get the party started once again with a summer tour.

“We’re doing a lot of shows this summer,” Pierson says. “It’s amazing, but now more than ever people are responding and dancing like crazy.”