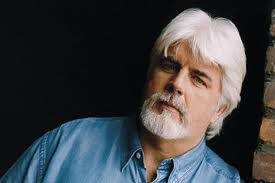 Though I discovered his name wasn’t Michael McDonald somewhere around kindergarten, Michael McDonnell was my childhood next-door neighbor and close friend, and became the star of my sister’s baptism party when he streaked through it as a pre-schooler. Mad TV’s Michael McDonald made middle school enjoyable as “Stuart,” and Michael McDonald of Modesto became World Extreme Cagefighting’s youngest fighter when he signed on at age 19. Of course, the most famous Michael McDonald is the goateed former Doobie Brother, who plays alongside Donald Fagen and Boz Scaggs as the Dukes of September on Wednesday, June 27, at the Wells Fargo Center. 50 Mark West Springs Road, Santa Rosa. $90.50–$140.50. 8pm. 707.546.3600.