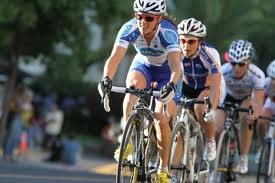 It’s Tour de France time again, with Phil Liggett and Paul Sherwen excitedly announcing the sprints at the end of each stage. The San Rafael Twilight Criterium, once called cycling’s answer to NASCAR, takes the intensity of those sprinting Tour de France finishes and lengthens it to an entire event. Hundreds of cyclists whir through downtown San Rafael at 40 miles per hour; the crowd drinks beer and waves cowbells at this big bike party, more festival than race in the downtime between heats. Then, the sun sets; likely with a higher crash rate, the races continue into the early night. Put the fun between your legs on Saturday, July 7, in downtown San Rafael. Fourth and Fifth streets, between A and D streets. 2–8pm. Free. No phone.