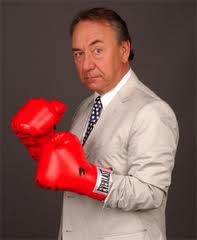 When we see that some guy named Durst is playing town, we always have that same knee-jerk: Fred Durst?! Nooooo!!!! What sublime relief we find, then, in discovering that’s it’s almost always comedian Will Durst. Being mistaken for the goateed bro from the constipated gurglings of rap-metal losers Limp Bizkit isn’t a compliment—although Durst, as usual, would surely mine the situation for comedic gold. The satirist’s main quarry is politics, and what with teabaggers complaining about BP’s $20 billion escrow fund to clean up the oil spill, Carly Fiorina’s anti-abortion stance touted as “new feminism” and a popular Facebook group to nominate Werner Herzog governor of California (why the hell not?), Durst will be on fire when celebrating our nation’s independence with blues band Top of the Top on Sunday, July 4, at Silo’s Jazz Club. 530 Main St., Napa. 6pm. $50. 707.251.5833.