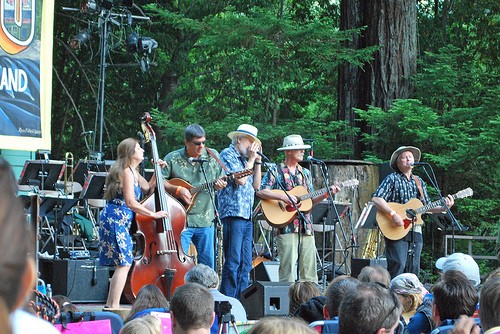 In our own little version of WikiLeaks, it’s been brought to our attention that a certain chart-topping 1970s band is performing inside the Bohemian Grove’s annual white-guy orgy this week. Will they show up as special guests at the open-to-the-nonmillionaire-public Monte Rio Variety Show? Hey, 19 annual variety shows would be a feat, but this one reels in the years as the 99th annual event, where everyone from Merv Griffin to Steve Miller have gotten back and done it again as surprise guests. Our pal Katy told us Bono might be there this year, but she lied—it’s someone just a peg down on the “famous” scale. We promised not to say who! All proceeds go to local charities if you take your chances on Thursday, July 29, at the Monte Rio Amphitheatre. Main Street, Monte Rio. 7pm. $20–$25. 707.865.2234.