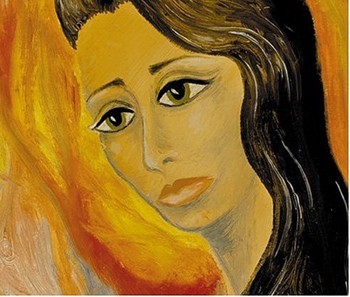 Dying was not a good career move for Judee Sill. Just 30 years old, she had yet to release her third album when a heroin overdose (self-medication for chronic back pain, according to some accounts) silenced her in 1979. Yet 26 years later, that third album has finally seen the light of day, and the music of Judee Sill is getting some attention again.

Even with the loving finish these songs have been given by producer Jim O’Rourke, there is no way of knowing if the eight tracks that form the core of Dreams Come True (Water)–alternately titled, or subtitled, Hi I Love You Right Heartily Here–were considered complete by Sill, or what other material might have augmented or supplanted them in a finished album. But here they are, packaged with a handful of homemade demos, a couple of informal cover tunes, a rare video clip of Sill performing at UCLA in 1973 and a 68-page booklet into a two-disc set that is likely the final word on a talented but troubled artist.

The first word, at least on record, came in 1972, when Judee Sill became the inaugural release from David Geffen’s new label, Asylum Records. (Jackson Browne’s debut was second, and discs from Joni Mitchell, the Eagles and Bob Dylan soon followed; Sill was in good company.)

On that remarkable debut album, Sill displayed a prodigious talent, her supple voice frequently multitracked into a soft chorale, while her lyrics melded mystical Judeo-Christian imagery and postpsychedelic flights of fancy to elliptical melodies in a fresh and engaging way. Her two best-known songs appeared here: the gentle “Lady-O” (covered, somewhat improbably, by the Turtles) and “Jesus Was a Cross Maker” (a minor hit for the Hollies in 1974), perhaps the least religious song ever to include Him in its title.

Adding to the impact of her material is Sill’s considerable gift for orchestration. From the oboe that decorates “Crayon Angels” to the contrapuntal baroque vocal bridge of “The Archetypal Man” to the inspired mix of pedal steel and string quartet elsewhere, her distinctive writing is highlighted by unusual instrumental colorations.

By the time of her second album, Heart Food, in 1974, Sill had taken the further step of writing out the charts and conducting the orchestra for those sessions, a daunting undertaking for an unschooled musician.

None of that instrumental elaboration is present on the tracks for Dreams Come True, lending them a stripped-down sense of intimacy. Sill’s florid piano leads the tempo and meter changes of the sprightly opening track, That’s the Spirit, and with its fade of choral vocal choruses, the tone is set. Throughout, the mood is upbeat, even sweet, while the lyrics are dotted with mystical/mythical/Biblical references, as suggested by such titles as “The Good Ship Omega, Alpha Bound,” and “The Apocalypse Express.” This is balanced, however, by such sunny tracks as “Things are Lookin’ Up” and “‘Til Dreams Come True.”

The “lost songs” on the second disc are a classic case of completist overreaching, as the kitchen cassette recordings of “500 Miles” or an extended solo piano improvisation are probably of interest only to the artist’s most dedicated admirers. Similarly, the book consists primarily of the transcribed recollections of various friends and associates, with little of the factual documentation we have come to expect from compilations of this sort. Some kind of narrative assessment of Sill’s overall place in her time would have been a valuable addition, along with some accounting for the five-year gap between these unfinished sessions and her death.

What we do get is an impressionistic portrait of a charismatic yet prickly individual–impulsive, generous, difficult, charming, questing and self-destructive. Other, less forgiving accounts portray Sill as manipulative and occasionally cruel, and there are various references to her youthful drug addictions, flirtation with robbery and even, some suggest, episodes of prostitution. For all of that, the music she created betrays little of her dark side. Sill at one point cited Bach and Pythagoras as her primary inspirations; her interest in Rosicrucian theology also colored some of her writing.

This belated but affectionate posthumous release, clearly intended to reawaken interest in Judee Sill’s musical legacy, has indeed managed to call renewed attention to an artist whose modest catalogue (all in limited-edition CDs) from three decades ago has stood up against the years quite well and continues to hold considerable pleasures for those willing to take the trouble to seek it out.