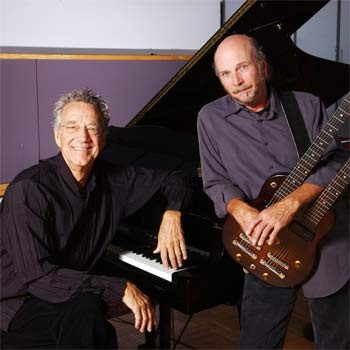 Jan. 5: The Manzarek-Rogers Band at the Napa Valley Opera House

Before the arrival of Ray Manzarek, organs were pretty much limited to either the church or to jazz greats like Richard “Groove” Holmes. Lacking a bassist, Manzarek busted out the Fender Rhodes and the Vox Continental combo with his new band the Doors, and another chapter in rock music history was opened. Nearly 50 years later, the legendary Napa-based keyboardist is still at it, playing with local bands in the area, occasionally showing up to for video cameos with young punk bands in abandoned warehouses, and recording albums with slide blues guitarist Roy Rogers; their 2011 album Translucent Blues mixes the best sounds from Rogers’ Delta Rhythm Kings years, overlaid with Manzarek’s signature keyboard sounds. The resulting blues, jazz and rock hybrid is something that could only be created by these two forces. The Manzarek-Rogers Band gets with the blues on Saturday, Jan. 5, at the Napa Valley Opera House. 1030 Main St., Napa. 8pm. $20—$25. 707.226.7372.