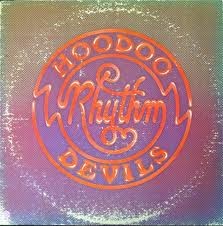 The Hoodoo Rhythm Devils were one of those bands from the ’70s that really should have made it big. They were tight, sounded great, put on an awesome live show and could play all day long. They played funky country blues that instantly turned a lazy Sunday backyard barbecue into a prime time event. They’re a no-bullshit band, and maybe that’s why they didn’t make it to that next level in the music biz—it’s tough to make it without makeup and stage effects. They made five albums for Capitol, Blue Thumb and Fantasy records throughout the ’70s, and reunited last year when they released The Lost Album, apparently recorded in their prime but never released. Hoodoo Rhythm Devils play Sunday, Jan. 27, at Sweetwater Music Hall. 19 Corte Madera Ave., Mill Valley. 8pm. $20. 415.388.3850.