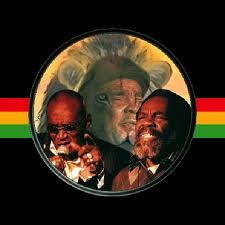 Jan. 25: The Melodians at the Redwood Cafe

The Redwood Cafe sure is becoming a legit music venue. This week, the Cotati cafe hosts the Melodians, a top-notch reggae band from Jamaica that’s been around since 1965. They’ve been top billing at huge festivals like the Sierra Nevada World Music Fest, and “Rivers of Babylon”—you know it from The Harder They Come—has become one of the Rastafarian movement’s anthems. Singing in harmony with plenty of soul, sounding like a Motown version of the feel-good, bass-driven, upbeat style reggae fans are used to, the Melodians are backed by the erstwhile Yellow Wall Dub Squad on tours. Dan Martin and the Noma Rocksteady Band open, and the best part is, if you get the munchies, the cafe is open. The Melodians play Friday, Jan. 25, at the Redwood Cafe. 8240 Old Redwood Hwy., Cotati. 9pm. $10—$15. 707.795.7868.