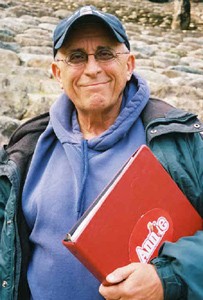 Tell It on the Mountain

If James Dunn had been born somewhere other than Marin County, perhaps theater in Marin today might be different. In his 72 years on the planet, the renowned director has spent the majority of his life participating in or creating a world of theater arts in Marin County and beyond.

Dunn founded the drama department at College of Marin (COM) in 1963, putting his imprint on thousands of actors, including the likes of Robin Williams, David Ogden Stiers and Kathleen Quinlan. Dunn himself attended COM before serving as a Marine Corp reservist during the Korean War. After graduating from San Jose State University with a degree in theater, he worked in the East Bay and then returned to COM–this time as an instructor. In 1971, he created an Old West version of The Taming of the Shrew that took awards for best production at the Edinburgh Fringe Festival, culminated in a command performance before Princess Margaret and was successfully remounted last year.

After 30 years of heading the department and teaching acting, Dunn ostensibly retired–only to return each spring to teach a class on Shakespeare and to direct a play. Shakespearean theater is a passion for the director, who cofounded the California Shakespeare Festival in the 1960s and has been a regular guest director for the California Actors Theater. Locally, in addition to his annual gig at COM, Dunn directs shows for local troupes like the Marin Theatre Company and the Marin Shakespeare Company, including a recent stint this summer directing a stylish production of The Two Gentlemen of Verona. He also directs and participates with a variety of theater groups such as the Ross Valley Players and Shakespeare at Stinson in coastal West Marin.

As artistic director of the Mountain Play, an annual event staged at the Cushing Memorial Amphitheater high atop Mt. Tamalpais, Dunn directs Broadway musicals. He has stewarded every Mountain Play since 1983 and is already thinking about next year’s production of Fiddler on the Roof. If the past is an indication of the future, all of Dunn’s musicals on the mountain will have unexpected elements to them. For Oklahoma! the director used real horses, and actors had to undergo horse training and rope-throwing lessons. For a production of South Pacific in 1997, he used jeeps and army trucks and ended each performance with a WW II-era aircraft buzzing the theater.

Academy Award-winner Robin Williams, who studied under Dunn at COM in the early 1970s, referred to his former teacher as “the old drill sergeant,” adding that the greatest thing Dunn taught actors was discipline.

“A person is lucky if they have a teacher who they remember,” Williams told me in a 2003 San Francisco Chronicle interview. “I have had a few. They are kind of like a lamppost along the way. They are like rocket boosters who propel you on to the next stage. Jim gave me the repertoire to go on to Juilliard.”

Kentfield resident Bob Wilson, the creative director for the Ross Valley Players, was a retired marketing executive with no theatrical experience when he first met Dunn while taking an acting class at COM in 1984.

“Jim has raised the level of what we are doing because of his involvement onstage as an actor and director, as well as on the artistic side helping with the play selection committee,” Wilson says.

“He told me a story once that touched him deeply. He was invited to the 50th reunion of a high school in the East Bay where he had taught at the beginning of his career. He had only been there for a couple of years and was quite touched that the students had remembered him.”

Wilson says that Dunn attended the reunion out of courtesy but was afraid that he wouldn’t remember anyone from the school.

“He was speaking with one of the students who he then remembered. It was someone who had been kind of undisciplined and perhaps headed for a life of crime before they enrolled in drama,” Wilson says. “Then the person told him, ‘I just want you to know that you turned my life around.'”

“That’s the kind of thing that reverberates throughout his career,” Wilson says with a smile. “Jim’s teaching over the years has been so influential on so many people.”