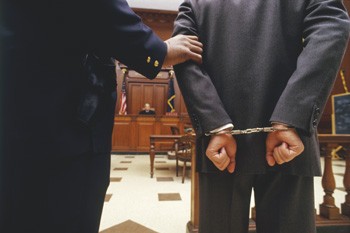 Jailhouse Law: Rather than enduring the expense of a private attorney for appeals, many inmates conduct their own court cases.

Does necessity always give a jailhouse lawyer a fool for a client?

Since the right to be represented by counsel is the cornerstone of the American criminal justice system, defendants are discouraged from exercising their right to represent themselves. With scarce judicial resources and bloated court dockets, all parties are professionally bound to keep the justice system operating smoothly. When a criminal defendant chooses to represent him or herself and upsets this delicate balance, he can expect to be treated like he has a fool for a client.

However, once a defendant becomes a convicted felon who determines to argue for a new trial, reduced sentence or outright reversal, he must learn to navigate through the courts on his own. The right to be represented by counsel is replaced with a one-time review of the trial transcripts on appeal. Beyond this cursory examination, all courts, including the Supreme Court of the United States, are forced to liberally construe poorly written petitions and appeals drafted primarily by uneducated prisoners. These petitioners, know as pro per litigants, usually have no choice but to represent themselves because they cannot afford to hire an attorney.

Martice Lohner of Santa Rosa is one such prisoner. Lohner represents his fool for a client while incarcerated at the California correctional Center in Susanville. A husky 30-year-old African American, Lohner spends every available free moment in the prison’s library, attempting to practice law without a license or legal training.

Lohner is convicted of numerous counts of robbery, burglary and assault occurring in the North Bay in 2002. The court documents how Lohner, a friend named Cardwell Thomas, and two others tricked marijuana dealers into relinquishing their illicit products and belongings. Lohner and the others were said to flash badges, impersonating officers in incidents that involved no violence.

However, when Thomas attempted to shake down a couple of Mexican nationals at the Egg Basket in Fulton, a fight broke out when the men resisted what they rightly suspected was false arrest. Thomas stabbed one and an accomplice robbed the other of his wallet.

All but Lohner were arrested a short distance from the crime scene. Murky facts and unreliable witness identifications made the case difficult to prosecute. Lohner doesn’t deny being present and believes he would have been exonerated if his friends, who cut deals for shortened prison terms, had told the truth.

“Am I dumb for hanging around these dudes? Yeah,” Lohner shakes his head. “I got convicted of crimes I didn’t commit.”

The vast majority of prisoners don’t file any type of appeal because they plead guilty in the first place, whereas those who go to trial are responsible for the steady stream of pro per pleadings filed in the nation’s courts. In response to frequent claims of attorney incompetence, the courts have imposed very high standards of proof governing the issue.

Lohner alleges that his trial attorney, Walter Moreno of Sonoma, failed to meet the minimum requisites of effective representation. He points to a disagreement over money. In a petition for a writ of habeas corpus currently pending in the California Supreme Court, Lohner quotes Moreno as saying, “You only paid me $2,000, so only expect $2,000 worth of work.”

“If that was the deal,” Lohner now says, “he should never have accepted the case.”

Since defense attorneys typically require retainer fees of $10,000 or more, plus additional costs if the case goes to trial, it stands to reason that $2,000 wouldn’t suffice as payment in a 14-count indictment that went before a jury. But in order to compel a higher court to upset a verdict, the petitioner has to articulate how the attorney’s deficient performance, not a disagreement over money, affected the outcome.

“It’s what he didn’t do,” Lohner asserts. “He didn’t conduct a pretrial investigation, he never hired an investigator, never requested a pretrial lineup and simply failed in his duty in the compulsory process.”

Moreover, Lohner accuses the Sonoma County Superior Court, the prosecuting attorney and Moreno himself of working against him. “In this state, these so-called defense attorneys, judges and prosecutors all are on the same team,” Lohner says, expressing a sentiment often shared by disgruntled inmates. “They condemned me before I even had my joke of an impartial and unfair trial by a fake jury of someone else’s peers.”

Despite his claims of innocence–which are literally impossible to prove–Lohner doesn’t claim to be a stranger to trouble. While he credits becoming a father for pulling him out of the fast lane to nowhere, this court case has shattered whatever faith he may still have harbored for the American criminal justice system.

“I have been in and out of trouble since I was 13, but this is the first time it ever got serious,” Lohner explains. “Prior to this case, I didn’t have any run-ins with the law for four years. I had my own apartment, I was working, I was taking care of my kids. When I heard there was a warrant out for my arrest, I turned myself in, knowing I didn’t participate in the crimes. I did the right thing and they still treated me like a criminal.”

After being convicted, Lohner received a nine-year sentence while Thomas got 13 years. When the state’s highest court affirmed his conviction in 2005, Lohner realized he’d have to represent himself if he ever expected to have his conviction reversed.

Though state and federal authority mandate meaningful access to the courts shall be provided through a complete collection of law books, most of the libraries within the California prison system are in shambles; a CD-ROM database is slated to replace the books one day soon. In his short tenure as a jailhouse lawyer, Lohner can’t believe he must attempt to litigate under these conditions.

“As convicts, we only have access to these low-budget law libraries that don’t have adequate resources,” he complains. “It’s not fair whatsoever. We probably have about one-quarter of a real library.”

In his post-conviction sojourn for justice, Lohner has yet to find that mythical pool of talented jailhouse lawyers who voluntarily lend their expertise, a group much talked about in prisons but rarely seen. “You’re pretty much left to learn and struggle through the process on your own,” he says. “I have had to weed through the fake jailhouse lawyers who are only concerned with making a profit. It’s very difficult to find someone who will truthfully guide me in the right direction as they recognize the struggle.

“Other than law students, who do you know who studies the law extensively on a daily basis?” he asks rhetorically. “We’re not prepared to fight against these trained professionals and, by common sense, we need representation.”

As if involuntary pro per litigation weren’t hard enough under the current conditions, the Republican-led Congress has, for the second time in 10 years, targeted federal habeas corpus for further limitations. When Congress enacted the Anti-terrorism and Effective Death Penalty Act (AEDPA) in 1996, the statute had little effect on terrorism or capital punishment. Ten years later, few inmates have even a basic understanding of the AEDPA’s complexities and unforgiving one-year statute of limitations. The recent habeas reforms being considered, one of which is attached to the Patriot Act, would go even further than the AEDPA’s Draconian limitations on pro per litigation. Jailhouse lawyers, many fighting life sentences, merely want a chance to have their claims heard.

“I just want to get the fair judgement I deserve and get on with my life,” says Lohner. “I’m 30 years old now and don’t have the time to waste any more. My kids are my concern. This prison thing just isn’t for me.

“If I’m guilty of anything, it’s keeping the wrong company.”

Serving a life sentence for a nonviolent drug conviction under the Three Strikes law, writer Eugene Dey is an inmate at the California Correctional Center in Susanville.