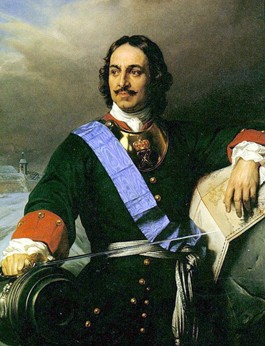 What’s a beer maker to do when there’s a livid Russian importer on the line who says he’s just received a thousand cases of spoiled stout, with the czar raising Cain and thirstier than hell?

Why, brew another batch—and raise the alcohol level a few degrees. And that’s what English brewers did in the early 1700s after sending a shipment of stout to Peter the Great, only to have it freeze and burst out of the casks in transit over the icy Baltic Sea. England’s brewers promptly tried again, doubling the alcohol by volume as a preservation measure. It worked. The beer never froze, the czar got his juice and Russia fell in love with the heavy tarlike brew, which took the majestic name of Russian imperial stout.

Today, the category is a standard of many craft breweries around the United States and the world, and a visit to the beer aisle at any time of year will turn up at least several of this species. Meanwhile, the label “imperial” has spread like wildfire. In the last 15 years, imperial lagers, imperial IPAs, imperial porters, imperial red ales, imperial pilsners and imperial Oktoberfests have appeared, each representing high-alcohol versions of conventional beer styles and substyles, and with the very latest such invention—Pyramid Breweries’ Imperial Hefeweizen, released in August of 2007—one may wonder where brewers will go next as they skirmish to ferment the most outlandish things they can.

One thing is certain: brewing to style has gone out of style, as many beer innovators toss all concern for tradition out the window and climb toward the sky. Particularly for Delaware’s Dogfish Head and Colorado’s Avery Brewing Company, the most enticing place to go is up, and each company has gained fame with its own monstrous imperial stouts and other oddities that defy definition and ignore all style guidelines.

Samuel Adams, though, has innovated to the extreme. In fact, the strongest, unfortified fermented fluid in the world flows from the tanks of Samuel Adams. Called Utopias, this 27 percent ABV brew comes bottled in miniature fermenting kilns and is billed as “the ultimate beer.” Utopias is the hobby of well-off gentlemen, and critics tirelessly compare it to port, cognac or brandy while integrating the beverage into Dickensian scenery of fireplaces and chilly winters’ eves. To be fair, it does taste like an amazing brandy, with a hot, apple-caramel finish and lingering traces of pine, butter and candy. It’s the last thing you’d want to chug on the lawnmower, and a log cabin with a fireplace does seem about right, though no character from a Dickens novel other than Mr. Scrooge could afford the $140 bottle.

The beverage truly is a marvel of artisanal biochemistry.

“Nobody had ever fermented a beer above 13 or 14 percent for 6,000 years when we first made Utopias,” says Samuel Adams brewmaster Jim Koch. “It doesn’t hold carbonation and carries flavors you’ll never find in other beers. People have said to me, ‘That’s not beer,’ and I say, ‘Yes it is. Your definition is just too small.'”

Imperial beers, Koch says, are merely extensions of existing styles, whereas extreme beers are “something totally different.” He concedes, too, that Utopias “is at the lunatic fringe” of brewing.

Lagunitas Brewing Company is a tame dog by comparison. The Petaluma brewery thrives on the ever-escalating sales of its fairly mild flagship beer, the IPA. Yet founder Tony Magee has been consistently willing to participate in the big-beer game, as demonstrated by Lagunitas’ long list of high-alcohol limited releases.

“All these brewers are chasing each other up a flagpole, and when you get to the top, where do you go?” he asks. “That’s what our Hop Stoopid is about.”

Hop Stoopid is essentially a satire of the classic imperial IPA, he says. At 8.2 percent ABV, it carries over 90 international bittering units, the very upper end of the scale. The recipe includes alpha extract, a concentrated form of hop oil, which Magee admits is an easy, if not artful, way to brew bitter beer. Hop Stoopid billows with the bittersweet fumes of a hop factory, and under the flavor of almost mouth-numbing acid, one can taste the sweet, grainy malt that makes a beer beer.

Magee says that beer is like orchestral music—requiring balance and technical aptitude—and he feels that what big, strong brews lack in grace and finesse they make up for with their cocky, rule-defying, bad-boy attitude.

“When I was a home brewer, I once went to the brew shop in San Rafael and asked the owner what yeast I’d need to produce the most alcohol possible in a beer. He sniffed and said, ‘A real brewer wouldn’t ask a question like that.’ So to me, it’s like you’re being bad when you make these beers.”

Head brewer at Pyramid, Tom Bleigh plays the imperial game in a similar style as Magee. The brewery is best known for its wheat beers, which Bleigh notes are generally crisp and easy to swallow.

“But the Imperial Hefeweizen sort of makes fun of the notion of imperial beer. We’ve taken something that’s usually light and refreshing and made it strong and jarring.”

Yet the beer itself weighs in at just 7.5 percent ABV—an infant among imperials—but for Bleigh, that was as far as he cared to go to get his point across.

“I think high alcohol is just an easy way to add some complexity,” he says.

But Dogfish Head, whose long list of weird beers averages 9 percent ABV, asserts that its brews are meant to be thought-provoking culinary experiences. Rogue Ales in Oregon goes heavy on the whoppers, too, and several of its beers, including the brand new Imperial Red Ale, come in beautiful black ceramic bottles, illustrating company president Jack Joyce’s simultaneous commitment to strong beer and the Slow Food movement.

“The high alcohol of any strong beer comes from extra ingredients. You put more malt in, the yeast eats it, and you get more alcohol, but it’s not our intent to make strong beers. We’re going for flavor and food compatibility.”

And we see it everywhere: brewpubs and tapas bars popping up, featuring plates of cheese and chocolate alongside samplers of beautiful amber beer. Indeed, beer is encroaching over the frontier once guarded so easily by its snobby neighbor, wine. Joyce even confides that the sexy black bottle of Rogue’s Imperial XS series was designed specifically to further coax food connoisseurs into accepting beer upon their white tablecloths.

For your money’s worth in the strong beer aisle, zero in on Drake’s Imperial Stout, a beer black as night and swimming with roasted grain flavors, chocolate, chicory, charcoal and Irish coffee. Lagunitas’ Lumpy Gravy seasonal beer is an imperial brown, if you want to label it. It’s a baby at 7.2 percent ABV, but its burly body of chocolate and almond easily deceives. Butte Creek’s Organic Revolution Imperial IPA is a grainy, grassy malt-bomb of 9 percent ABV that rolls over the tongue like a windswept field of barley, freshly balanced by the hops.

Or perhaps you’d like to gather the neighborhood for a 12-ouncer of Avery’s wicked yet marvelous Mephistopheles, a 16 percent stout fermented with Belgian yeast. It smells like a bottle of Chimay that’s been slaughtered, skewered and smoked on the barbecue, but the rich, slow flavor reveals all the coffee, dark chocolate, hops and hot alcohol we’d expect from an imperial stout.

Tony Magee stands by Lagunitas’ traditional IPA. It was once considered the biggest, baddest brew of its category, he recalls, but it has since been almost eclipsed by a million monster beers. Yet, in its 15th year of production, Lagunitas IPA is selling faster than ever.

“It’s a beer. That’s all,” Magee says. “It’s not a statement of our individuality or our ability to do a one-handed S-grab coming off a full airborne ramp jump. That’ll get the crowd on their feet, but I’m not sure if that move wins motocross races. These big beers remind me of Spinal Tap when Rob Reiner asks Harry Shearer why their concerts aren’t attracting as many people as they used to, and he says something like, ‘Well, we may not be the most popular band anymore, but at least we’re the loudest.'”