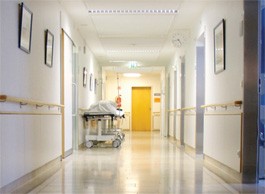 How to Lose a Hospital

Sutter Medical Center: Anatomy of a good thing gone . . . away

Could, maybe, perhaps: Despite broad public worry, Sutter’s closure might cause a consolidation in North Bay healthcare that could benefit us all.

Santa Rosa is about to lose its only publicly owned hospital, and maybe that won’t be such a bad thing.

Finally bringing to a close a 14-year-long goodbye, Sutter Medical Center of Santa Rosa is planning to shut the county-owned facility, formerly known as Community Hospital, and turn its patients over to Santa Rosa Memorial Hospital. A letter to the Sonoma County Board of Supervisors sets a closure date of January 2008.

Hemorrhaging money to the tune of about $6 million a year and facing a daunting $300 million state-mandated retrofit, Sutter says it can no longer operate the facility. The county owns the hospital and Sutter operates it under the 20-year Health Care Access Agreement that deadlines in 2016.

Last year, Sutter told the county it was in negotiations with Santa Rosa Memorial to turn this patient load over to that Catholic-affiliated hospital. In November, the county responded with a request for specifics about how Memorial would meet the requirements of the agreement.

This might seem like déjà vu to residents who witnessed the turmoil in the mid-1990s when the county decided it could no longer afford to run Community Hospital and solicited healthcare corporations to take over the hospital’s operations. At that time, the county had been losing an average of about $2 million a year running Community as an independent facility, although some contended that the losses were in depreciation rather an actual cash flow and the hospital was really netting a small profit.

Citing “economy of scale” as the goal, the county said it was time to turn the hospital over to a medical chain that would be better able to cut costs and would also have the traction to negotiate more favorable deals with the insurance companies.

Initially three companies–Sutter, St. Joseph Health System, which owns Memorial, and Columbia HCA–vied to run Community. When the dust settled, only Sutter, a not-for-profit company with about two dozen hospitals, was still in the running.

“They were confident that they were a system that would have the power to negotiate better reimbursements,” recalls county supervisor Tim Smith.

But things did not go as Sutter had expected. According to physicians, Sutter has done an excellent job of running the county’s hospital, medically speaking, but it has failed to reverse the downward financial spiral. During the same period, Santa Rosa Memorial has progressed from operating in the red to earning a $16 million profit in 2005.

“Memorial has not always been profitable,” explains public-relations spokesman Kevin Andrus. “David Amin [the hospital’s CEO from 1999 to 2005] really turned things around for us over the course of a few years.”

Mitch Proaps, a marketing and communications manager for Sutter, attributes much of this disparity to the inequitable distribution of Medi-Cal and charity patients between Sutter and the rest of the county’s hospitals.

“Sutter cares for the lion’s share of indigent and Medi-Cal patients in the county,” he says, explaining that Memorial serves a high enough percentage of privately insured and Medicare patients to pay for its indigent care losses.

Now healthier than ever, Memorial is back on the radar screen for taking over the county’s healthcare mandates. In a letter of intent, Memorial has said it would assume all of the services Sutter now offers under its agreement with the county, except “certain women’s reproductive services.”

In order to provide these services, Memorial plans to add 80 additional acute-care beds, 12 intensive-care unit beds and 19 emergency stations, and more parking spaces. Proaps says that it also expects to purchase the 69-bed Warrack Hospital from Sutter, “reconfigure it to meet the community needs” and to build a new urgent-care center that would serve 35,000 emergency-room patients per year who don’t require advanced care. Memorial expects to complete all this construction by January 2008.

Sutter’s residency program, the only one in the county, would continue under a consortium that includes Memorial, the for-profit Kaiser Permanente and the Southwest Community Health Center.

According to Proaps, Memorial’s expanded facilities should be enough to provide for both hospitals’ patient loads because neither of the facilities is operating at full capacity. Currently, Sutter fills about 51 percent of its patient beds, and Memorial comes in at 60 percent. In fact, all of the county’s hospitals are being underutilized, with Proaps estimating some as low as 35 percent or 40 percent capacity.

Still, county supervisors say they have many unanswered questions about Sutter’s proposal. And one of the main sticking points is Memorial’s inability to provide “certain women’s reproductive services”–specifically, sterilization on demand and abortion–because it is a Catholic institution.

While there are many other medical facilities in the county that offer early-term abortions, as well as sterilization and contraception care, only acute-care hospitals can provide a safe setting for late-term abortions, according to Mary Szecsey, executive director of the West County Health Centers.

Szecsey is also concerned that Memorial does not perform tubal ligations–female sterilization–following delivery unless it is a medical necessity. This is the best time for women to have their tubes tied to prevent additional pregnancies, according to Szecsey. “It is not good medical care to have to go somewhere else,” she says.

And, although Memorial says it provides the “morning after” emergency contraception, Szecsey questions whether women can count on this being an option because it is technically against the religious directives that govern how healthcare is dispensed at Memorial.

Despite these thorny issues, some experts believe Sutter’s impending closure could have a silver lining for Sonoma County’s troubled healthcare system.

“The best thing that’s come out of this is that people are now talking with each other, not just the clinics and the small district hospitals, but everybody,” Szecsey says.

According to Szecsey and other local experts, hospitals are only necessary for acute care, and there are a lot of other places patients can go for everything from bad colds to knee surgery.

“We are focusing on people getting the right care in the right place at the right time,” she says.

A healthcare impact report compiled for county supervisors revealed that only 9 percent to 25 percent of patients who come to local emergency rooms are being admitted to the hospital. That means the majority of emergency room patients could probably receive the help they need at one of the county’s federally funded healthcare clinics, which offer low-cost and charity care.

And with new, less invasive technologies requiring less recovery time, some 70 percent of surgeries, nationwide, could be done more safely and cost effectively at outpatient surgery centers, according to Ken Alban of HealthSouth Surgery Center in Santa Rosa.

“The major benefit for patients who are not ‘sick’ is that there is less chance of infection and other complications,” he says.

HealthSouth, which opened in 1982, is the county’s first multi-specialty surgery center. Most of the other outpatient surgery facilities in the county specialize in a specific area, such as eye, gastro-intestinal or plastic surgery.

Alban said there were 300 outpatient surgery centers in the country when HealthSouth opened, and now there are some 5,000. That makes these freestanding centers at least one of the solutions for a health care system that is losing physicians and nurses, placing an enormous financial burden on uninsured or underinsured patients and failing to meet many of the needs of both the poor and the middle class.

But this is the long conversation that will continue past the deadline Sutter has set for divesting itself of the county hospital. For the time being, the county is focusing on what will happen to its hospital and patients in the short term.

The Sonoma County Board of Supervisors has scheduled a public meeting for Tuesday, April 17, in its chambers at 5:30pm, to consider Sutter and Memorial’s proposal.