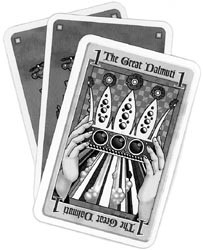 Holiday Gifts for the Hard-to-Please

TWAS THE NIGHT before Christmas and all through the house, not a creature was stirring, …” except for those sad, sorry souls who are up wrapping presents, and those other modern Americans whose heads are bowed in repetition of the age-old prayer, “Jesus Christ! Why didn’t we start shopping earlier?”

That’s not a bad question at this time of year. Why do we wait so long to wrap up our Christmas shopping every year? Do we crave the frantic hustle and bustle of extended shopping hours? Have we become adrenaline junkies, addicted to rushing around at the last minute? The answer, of course, is a multi-faceted one; there are many reasons our shopping chores take so long to complete.

But one reason, and one alone, is the subject of this gift guide.

It’s this: Some people are harder to shop for than others. Heck, some people are impossible to shop for. Perhaps these “problem recipients” don’t really need anything, or want anything, or have any place to put anything. Maybe they have no known hobbies or occupations or personality from which to discern a workable purchasing scenario. Maybe they’re the proverbial “guy/gal who has everything.”

At any rate, if you’re not careful, you’ll use up all your precious shopping hours wandering the malls, frantically muttering, “Maybe they’ll like that! Maybe they’ll like that!” This, needless to say, is unfair, not only to you but also to those poor folks on your list who’ve actually told you what they want.

To help, we’ve assembled a few basic hard-to-shop-for character types–described in detail for easy identification–with a list of practical, sure-fire gift suggestions that correspond to each type. May it fuel the fire of your gift-giving imagination.

WE RECOMMEND food, a game, a film, a book. It doesn’t take up much space, and even if they already have some, they’ll probably need more soon. We’re serious. And no, we are not suggesting you leave a bag of groceries on their front doorstep–though that’s an excellent idea for any struggling college student you may have on your list–rather, that you give unusual, one-of-a-kind treats, maybe something of a foreign origin or with a gourmet orientation. Cost Plus World Market is a good source for such edible oddities, as are many of our local, independent grocery stores.

But let’s assume that your friend’s pantry is already packed to the rafters with King’s Pantry hand-made Chocolate Sauce ($7.95 per jar; available at Circle of Friends in Petaluma) and bottles of spicy, festive Norfolk Punch ($4.95; available at Petaluma Market, Pacific Market, and Oliver’s Market). Your friend also possesses an abundance of attractive gift packages featuring fresh-roasted coffee beans (available in various prices at numerous coffeehouses throughout the county).

May we then suggest a gift of The Great Dalmuti (Wizards of the Coast, $7.95)? The perfect gift for those who have everything, this compact card game takes up little space and is tremendous fun to play around the dinner table. Based on medieval feudal systems and the notion that “life isn’t fair,” the game allows “peasants” to attempt an overthrow of the ruling “Great Dalmuti.”

You could give your well-to-do companion a video of the classic film, You Can’t Take It With You , Frank Capra’s 1938 Oscar-winner about an odd family with a healthy philosophy, starring James Stewart, Jean Arthur, and Lionel Barrymore (available on video, retails for $19.99). Continuing in that theme, what about a copy of Die Broke: A Radical 4-Part Personal Finance Plan (HarperBusiness, $14)? Written by Stephen M. Pollan and Mark Levine, this much-talked-about guide is based on the boat-rocking notion that we should all leave this world with the same amount of stuff that we came in with. An excellent gift for the person who has everything, don’t you think?

The person who never likes anything you give them, or already has one, or insists they know a place where you probably could have gotten the same thing, only better and cheaper.

GIFT CERTIFICATES were made for these kind of people. They are available everywhere, and can be redeemed for everything from merchandise to dinner out at a restaurant to a makeover and facial at a nearby spa. Money, also, works well in such cases. Yes, it can be a little awkward to hand someone a twenty and say, “Merry Christmas,” and even a few dollars in a Christmas card might seem a bit abrupt for some of the people on your list. We recommend that you dress up the cash in some way. For example, roll the bills into tight little packets and stuff them into large gelatin capsules (inexpensive and available at any pharmacy or drug store), then put them in a pill bottle and write your friend a “prescription for the Holiday Blues.” Another approach is to give a copy of How to Make a Paper Airplane (Klutz Books; $4.95), along with a few 10-dollar bills already folded into aeronautical shapes.

The struggling writer who has never actually written anything because, you know, they’re still dealing with that really bad case of writer’s block.

AND HAVEN’T WE all been there? For such cases we have but one recommendation. Short of a copy of Writer’s Market, the ultimate gift for writers, whether they are “blocked” or not, is The Observation Deck (Chronicle Books, $19.95), by Naomi Epel. The Observation Deck is an ingenious kit for inspiring creativity in writers. Consisting of a slender book and a deck of specially designed cards, the kit is a collection of observations, gleaned from hundreds of authors, on how they kick their own creative butts into gear while writing. Each card contains one suggestion, to be drawn by random whenever your writer needs a little kick of their own.

The person who has no spare time whatsoever, works overtime every day, never takes vacations, has no friends, no hobbies, and no apparent interest in having fun of any kind.

FOR SUCH an individual, a grave site and a shovel would be the obvious choice (call any local cemetery for price information; shovels go for around $15 at Yardbirds)–but the recipient probably has no sense of humor, so we don’t recommend that approach. Instead, how about The Lessons of St. Francis of Assisi: How to Bring Simplicity and Spirituality into your Daily Life (Plume, $11.95) by John Michael Talbot? This is a simple, slender, poetic book that draws on the teachings of the famous friar to point out a way to introduce a little peace and quiet into a hectic lifestyle.

As a strikingly unexpected companion volume, toss in a copy of The Millionaire Next Door: The Surprising Secrets of America’s Wealthy (Pocket Books, $14) by Thomas Stanley and William Danko. It offers a surprising look at the majority of millionaires in this country, who achieved their fortune the same way St. Francis achieved his sainthood: by living frugal lives not wasted in pursuit of luxury.

How about one of those Alien Popping Things, you know, the little rubber toys whose eyes pop out when you squeeze them? They’re ugly, but the manufacturers claim they do relieve stress (available at novelty shops and toy stores for about $4.95, or at House of Humor in Santa Rosa). As a symbol of your recipient’s impending mortality, we suggest an ornamental pewter sculpture of the mythic Charon, boatman of the dead, piloting his dragon-headed craft over the River Styxx ($90 from Legends of Fantasy Gifts; call 800-322-6040 or check online).