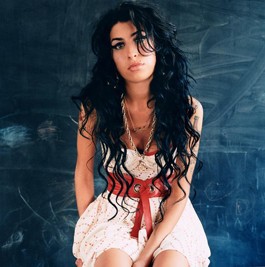 In the cult of celebrity, it's all in the bag

Lately I’ve been doing this thing called “Apocalypse Watch.” When I hear something disturbing, like scientist James Lovelock telling Rolling Stone magazine that global warming will have culled the world population from 6.6 billion to 500 million by 2100, or that Miley Cyrus thinks having her picture snapped by Annie Leibovitz is a reputation-destroying snafu, I make a little note of it.

If you’ve seen the new Sex and the City movie, you might recall a subplot involving Carrie Bradshaw’s assistant (Jennifer Hudson) renting a very ugly designer handbag on a weekly basis from a company called Bag Borrow or Steal (BBOS). Sadly, this is a real business, and, due to the unfounded popularity of what is considered a drab reincarnation of a much better television show, it’s booming.

At www.bagborroworsteal.com you can “join in the fun” of borrowing designer bags and accessories for a weekly fee. It’s $15 and up to rent Coach and $150 and up to rent vintage, and you can choose from every hoity-toity designer on the market. Gucci! Prada! Fendi! And–oh, who cares.

It’s not that bags are inherently evil or that I object to impoverished fashionistas who just want to be able to carry around the same black Prada fringe-bag (only $85 a week for BBOS members!) that Mary Kate Olsen, member of my Apocalypse Watch since 2006, carried one Tuesday when she went out shopping for another purse. (If Mary Kate is your celebrity of choice, no one can help you.) But in the immortal words of Gossip Girl: WTF?

A quick sampling of the Net reveals I’m not the only one scratching my head over this Netflix-for-purses marketing plan. On Tech Beat, Sarah Lacy writes, “BBOS claims their service is like borrowing from your girlfriends. One important distinction–your friends don’t charge you a $100 lending fee plus shipping.” Elsewhere, bloggers seem put off by the concept of renting a used designer bag for the same price it would cost to buy a convincing knockoff. And on the Bag Blog, a number of customers claim to have been scammed by BBOS, which, despite some apparent complimentary trial offers, seems slap-happy about getting your credit card number anyway and laying down the regular $20 membership fee whether or not you tell them no.

More disturbing to me, however, is the cultural obsession with handbags that has enabled companies like BBOS to spring up in the first place. Unlike shoes, the former fashion fetish of choice, handbags have always struck me as too utilitarian to convey any sort of fashion mystique. They’re for holding money and makeup, and are often coated with the bacteria of the same. They inevitably bulge with the receipts of things purchased, the wrappers of straws used and peppermints consumed. You carry tampons in your purse. You’re constantly, awkwardly fishing in their bulging, chaotic depths for that hideously vibrating cell phone or the MapQuest directions you negligently stuffed inside before you sped off on a trip to your girlfriend’s house. The most capitalistic of all fashion commodities, purses are things you put other things in. And so they remain the most unappealing commodity of all: visual proof of our cluttered, consumer society.

According to Freud, purses are also supposed to be some sort of vaginal substitute. While there’s no doubt Freud could have found the sexual connotations in dry wall, the idea of the purse-as-vagina is interesting to contemplate, particularly when we consider how many vacant sex goddesses seem to be pushing the purse upon impressionable members of the cult of celebrity. (From here on in, words like “pushing” and “member” will inevitably be fraught with hilarious duality–just try to work through it.)

Skanktards like Mary Kate Olsen and Victoria Beckham (what the hell do these women do again?), blonde people like Sienna Miller and Hayden Panettiere–these are the honeys with the most bags. Pink bags. Red bags. Fringed bags. Scaly bags. Glance at a fashion magazine and you’ll see that a big trend is the rounded satchel look, multiple orifices–I mean pockets–optional. That’s bags within bags, sistah!

If men compensate for small penises by buying huge cars, what does it say when women adorn themselves with an endless succession of gaping, multipocketed handbags? Is this some sort of female pissing contest? Or a girls vs. guys standoff? Women in Hollywood still make less than their male counterparts and the pay discrepency between the salaries of regular men and women still stands between 7 and 20 percent, depending on who does the math.

More amusingly, recent health studies have linked purses to the spread of disease. A study by the University of Arizona found that purses–so often set on the floors of public restrooms, movie theaters and restaurants–carry 100 times more bacteria than your average toilet seat. Everything from E. coli to hepatitis can lurk on the bottom of your rented Botkier, which seems somehow appropriate if you’re Amy Winehouse (pictured with her Botkier bag on BBOS), but also extremely gross when you consider how many women plunk their purses down on tabletops and counters where food is eaten or prepared.

Giant bags weighing seven to 10 pounds also get a bad rap. Medical News Today reports that giant handbags slung over the same shoulder over and over again can strain your neck and back. If poor Amy has as much physical baggage as mental, she probably knows this already.

As much as I despise the likes of Paris Hilton and Jessica Simpson, I wouldn’t wish E. coli on anyone. It is interesting to note, however, that these useless icons have perpetuated a craze that is literally as skanky as they are. Not only do their vaginal substitutes have their own faux STDs (thus reflecting what often happens to serial daters like Paris), the exorbitant amounts of money they’ve shelled out in order to possess the week’s hottest bag reflects their own place in popular culture–that of mindless eye candy. In the end, they’re just expensive, walking vaginas, garnering a brief, feverish affection before their 15 minutes get taken over by a Haylie, Nicky or Jamie Lynn.

Of course, the very presence of the little-sister brigade means that cult-of-celebrity members will be able to go on emulating their favorite fashion plate for a great while yet. And that’s what really bites about the purse thing. Are we so enamored of wealth that we must imitate its every gesture?

The Duff, Hilton and Spears sisters are all rather pretty, it’s true, but would we really be imitating them if they didn’t net $700,000 a month (Britney’s salary) or possess the power to buy a $1,400 Louis Vuitton wallet at the drop of a hat? Stripped of her awesome earning power, Paris Hilton is the airhead everyone despised in high school, Hillary Duff is just another unimaginative pop star and Jamie Lynn Spears is the sad, pathetic result of bad parenting. It is wealth alone that makes these women notable, a fact conveniently symbolized by their purse fetish.

More than anything else, the purse represents money and prestige. The existence of companies like BBOS betrays the fact that such commodities are become increasingly more difficult for ordinary people to obtain.

And yet, in the name of underweight, cosmetically enhanced fantasy figures, the trend persists, dreams of power and wealth somehow embodied by a microbe-resplendent receptacle for germs and credit card reciepts that will, by the time the consumer begs, borrows or steals it, already be obsolete in the almighty eyes of pop culture.

There’s only one thing to say about that.