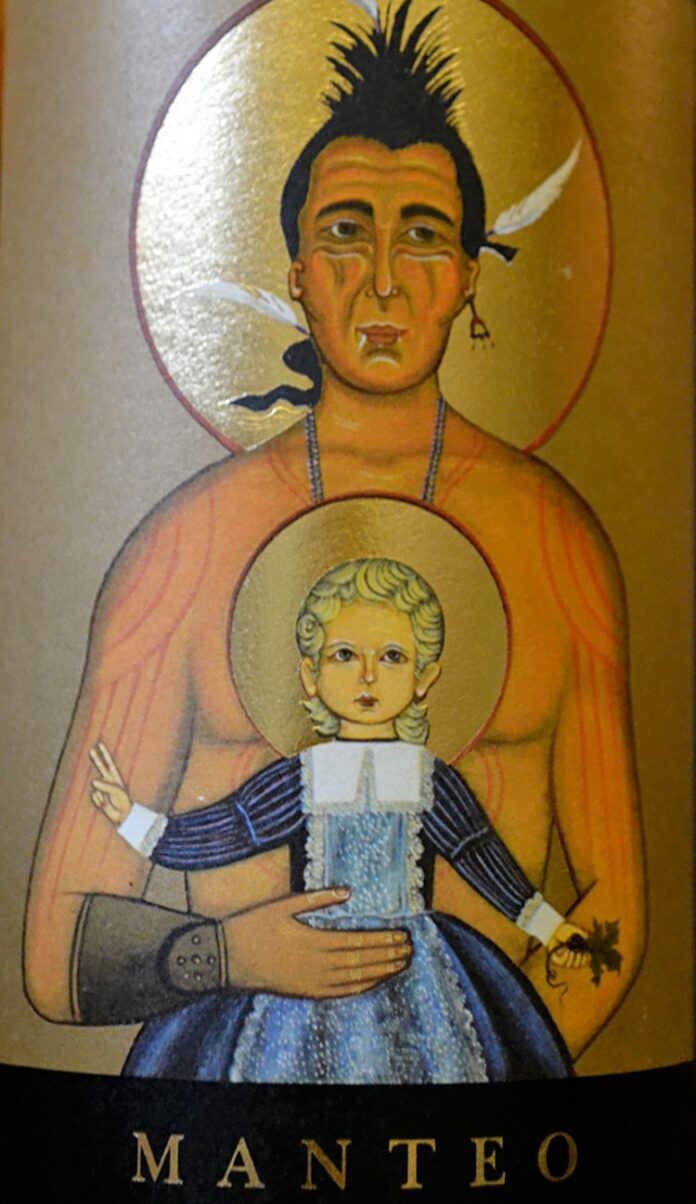 When the first English colonists landed in North America, they found the place lousy with white grapes. Being English, they no doubt preferred a nice red claret. The first order of business, however, was addressing the marked deficit of white European children in the place. They addressed this with the birth of one Virginia Dare in 1587.

The rest of the story of the first English colony in the New World is one of total failure and mystery. Suffice it to say, things didn’t turn out well for America’s first white prom queen, but the future nation’s nascent wine industry came out all the better when a red version of the Scuppernong grape sprang from the ground where Virginia Dare—spoiler alert!—bled to death, shot with arrows, while in the form of a white doe (it’s complicated), by rivals.

Or did the grapevine grow from an enchanted spring? At the Virginia Dare Winery tasting room in Geyserville, employees are in a kerfuffle: everyone seems to have heard a different version of the legend.

Having brought the historic Inglenook brand back from the bottom shelf, director Francis Ford Coppola turned his singular vision to the East Coast in relaunching this long-defunct brand. Founded in 1835, the winery moved to California after Prohibition, and was advertised with the memorable jingle, “Say it again, Virginia Dare.”

The tasting room has the same modest footprint as it did in its former life as Geyser Peak. In the retail area, the emphasis is on Native American artifacts and history. Tasting-room lore has it that when the cowhide pin map of U.S. tribes went up, the detail-obsessed director pulled up a chair and contemplated for a long while, periodically asking staff: “What do you think people will ask about this, or this?”

The 400-year-old fate of Virginia Dare may remain a riddle wrapped in a mystery carved on a tree, but a one-year-old mystery has been solved.