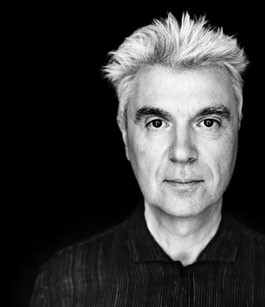 Brian Eno is not a household name, but anyone who has started up a computer with Windows 95 has heard his music. Eno, a 1970s British prog-rocker-cum-ambient-guru, was commissioned by Microsoft to write the operating system’s four-second piece of startup music. Eno made 84 songs, and picked the best one. Though Windows OS startup music has changed over the years, Eno’s is probably one of the best, if not the best, an epic ambient instrumental in miniature.

David Byrne may not be a household name either, but Talking Heads are. Byrne, his Heads and Eno collaborated on three Talking Heads albums from 1978 to 1980, and then Eno and Byrne got together for the landmark collaboration My Life in the Bush of Ghosts. Released in February 1981, it represented the most experimental, but compelling, meeting of the minds between the two. It was rereleased in 2006 with a few new tracks and interesting studio moments added, marking what for 25 years had been the album’s growing and deep influence on genres diverse as world music, hip-hop and experimental.

The album has been credited with being among the first recordings to fully embrace and utilize sampling, a now common practice that we don’t even bat an eye at in the work of, say, Beck, Ministry or Aphex Twin. David Byrne and his band play Oct. 8 at the Wells Fargo Center. (Unfortunately, the reclusive Eno is not joining the tour.)

The idea of taking a piece of audio—an inflamed radio caller, a backpedaling politician caught in a mea culpa, a Muslim chanting the Koran, a freaky Irish priest performing an exorcism, what have you—and resituating it into a piece of music it originally had no initial connection to was revolutionary at the time, and it was exactly what Byrne and Eno derived creative inspiration from. The results of Bush of Ghosts—named after Amos Tutuola’s novel based on Yoruba folk tales—were surprising, sometimes jarring and often otherworldly beautiful, as on “The Carrier,” where Eno’s floating ambience collides with Byrne’s straightforward rock approach, supplemented by out-of-context Arabic samples.

It can even be argued that rapping was brought into the public consciousness as much by Byrne on Talking Heads’ Remain in Light (listen to “Crosseyed and Painless”) as it was by the Sugarhill Gang or the griot tradition of the Africa diaspora. Two rather wimpy, arty white guys, Eno and Byrne, were laying groundwork in sampling and rapping that would influence generations of artists to follow; Hank Shocklee of Public Enemy has publicly praised Bush of Ghosts as a seminal inspiration.

Almost three decades later, Byrne and Eno have collaborated again to make 2008’s Everything That Happens Will Happen Today, which Byrne has flatly stated is “not Bush of Ghosts II. ” He is very right. The album sounds more like a David Byrne solo release (Talking Heads disbanded officially in 1991) with occasional tell-tale signs of Eno’s signature off-kilter piano or narcotic, cinematic ambience. “A lot of the music I’ve done you can’t even imagine there being a performance of it, you can’t even imagine it done by particularly human beings,” Eno stated in a Bush of Ghosts&–era interview, which may explain his absence from the current tour.

Byrne is focusing performances on “the music of David Byrne and Brian Eno,” which spans the three Talking Heads albums and now two Byrne-Eno collaborations. Given how different the three Heads’ records involving Eno are, and the three decades between Bush of Ghosts and Everything That Happens, it should make for an interesting grab-bag of material for Byrne to pull from live. Last time Byrne was at the Wells Fargo Center, he concluded the night by having the Extra Action Marching Band play in the aisles as he sipped a beer, the eternal ringleader keeping people on their toes.

While Byrne may be viewed by some as megalomaniacal—always the clear leader of Talking Heads, and now performing by himself songs that he, the other Talking Heads and Eno wrote equally—his talent, range and breadth of ideas cannot be denied. Unrelentingly creative, he, like Eno, is a person never content to laurel-rest but to always seek new horizons in sound.