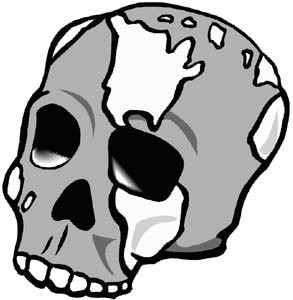 George W. Bush and the Environment

The state of the environment under George W.

A FEW WEEKS AGO, a professor I know said, “I’m not political. I guess it’s because I’m comfortable.” I thought of that today after coming indoors from three hours of digging in the garden. A mist had been falling, the dogwood was leafing out, and geese were heading north. Comfortable and comforting.

I picked up an article and saw a photo of a seal pup. It was traveling across sand, holding its head up expectantly, like any youngster. But it was starving. Its flank was ribs, not fat, and its shoulders were bony knobs. It wasn’t comfortable. The article said, “Two years ago, hikers found hundreds of seal pups dying of starvation on the beaches of northern California. Investigators concluded the pups were starving because the fish on which they feed were driven to depths beyond the range of the young seals by warming surface waters.”

Meanwhile, President Bush, who is only distantly related to seals, is un-signing the United States from the International Global Warming treaty.

Next Tuesday, a friend is coming over for dinner. Less than two weeks ago, his partner, Kathie Madsen, 44, died of breast cancer. She was not one of the comfortable people when she had a mastectomy at age 38, nor during the last two and a half years as breast cancer invaded her brain and she endured radiation and chemotherapy.

President Bush, who will likely never suffer from breast cancer, has just nominated a dioxin apologist, John Graham, to be his “regulatory czar.” The position Graham will have is director of the Office of Information and Regulatory Affairs. Thanks to unconscionable powers given to that position by Presidents Nixon, Carter, Reagan (especially), Bush Senior, and the U.S. Congress, Graham will essentially stop, gut, or interminably delay agency regulations that are necessary to implement the occasional congressional law that calls on Americans and corporations to act with some degree of environmental or public health responsibility.

Until now, Graham has headed the corporate-funded Harvard Center for Risk Analysis (the funding amounts are kept secret). Upon hearing that the Environmental Protection Agency estimates dioxin may be causing cancer in one of every hundred Americans, economist Graham responded that dioxin’s cancer risk is not “out of the norm” for Americans, as it is comparable to their chance of dying in a car crash. Meanwhile, Graham opposes regulating use of a cell phone while driving, which results in drivers being four times more likely to get in a car crash. Graham’s reasoning?

Bush will feel self-righteous and smug for the next four years while he wreaks local, national, and worldwide suffering. But we can’t afford to spend those four years breathlessly recounting to each other the latest Bush outrage. Bush is merely the logical outcome of the ideology that rich people, corporations, and nations getting richer matters more than responsibility, democracy, air, water, climate, community, well-being, common sense, decency, or the future of all our relations.

For the next four years, those who believe in democracy and decency have to be political. We must restore and advance the health of public lands, air, water, education, responsibility, science, and law. We need to challenge deceitful language, such as referring to an air polluter as a “private” company, or justifying murder and ecological devastation as “jobs.”

Just thinking hard about what is going wrong in the world doesn’t constitute doing something about it; and merely working hard to do something about it doesn’t constitute being effective. Politically effective action requires organizations and coalitions; visionary thinking linked to practical action; and strategies for years-long campaigns. We are bigger in number, wisdom, and heart than Bush and his comfortable cronies. Now we have to act bigger.

Mary O’Brien has worked as a public-interest scientist for the past 19 years. Her new book, ‘Making Better Environmental Decisions: An Alternative to Risk Assessment,’ has been published by the MIT Press. She can be reached at [email protected].