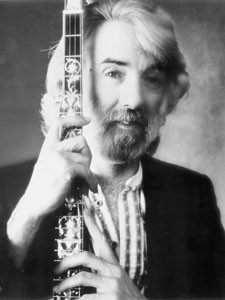 It was 1972, and America found itself in the throes of a cultural civil war. It’s easy to forget the tenor of those turbulent times or just how extraordinary it was that the Nitty Gritty Dirt Band’s seminal Americana album, Will the Circle Be Unbroken–a triple-LP set featuring the cream of the country and bluegrass crop–broke down the barriers between hicks and hippies to become one of the year’s biggest-selling records.

Thirty years later, in the wake of the multiplatinum sales of the O Brother, Where Art Thou? soundtrack, Capitol Records is commemorating the Circle project with the release this week of an expanded, digitally remastered anniversary edition featuring four previously unreleased tracks and new session photos. “I thought it was so nice for the O Brother people to time the peak of their project right around the 30th anniversary of Circle,” laughs John McEuen, the former Dirt Band guitarist, fiddler, and mandolin player who supervised the reissue. “It’s the perfect album for those people that bought O Brother to find out more about that music and the people who created it.”

How significant was the landmark Circle project? The All Music Guide ranks the Dirt Band with the Byrds for their role in transforming folk rock into country rock and laying the foundation for such progressive country and bluegrass acts as Steve Earle and Gillian Welch. At the time of the album’s release, the Dirt Band was riding high on the hit 1970 country-rock single “Mr. Bojangles.”

The safe career move would have been more of the same. Instead, band members approached Merle Travis, Earl Scruggs, Maybelle Carter, Roy Acuff, Norman Blake, Doc Watson, and other musical heroes about joining the Dirt Band for a straight-ahead country and bluegrass album. The Circle project–a picker’s paradise known for its spontaneity and country charm–took just eight weeks from conception to completion, during which time the band and their guests recorded 33 songs in six days.

“The thing that set us at ease right off was that most of these people had never worked together,” recalls McEuen during a phone interview from his Hollywood home. “They had a lot of mutual respect for one another and wanted to record together. We just happened to be the vehicle that put it all together. That became apparent when Doc was meeting Merle Travis and we saw Doc fawning over Merle in the same way that we were fawning over Doc.”

The resulting album sold a million copies and made music history. “The opening number, ‘The Grand Ole Opry Song’ [with singer Jimmy Martin and fiddler Vassar Clements], set the tone for the album,” the AMG notes, “showing that this band–for all of their origins in rock and popular music–was willing to meet country music on its terms, rather than as a vehicle for embellishment as rock music. Not only did this album result in new exposure to a new and wider audience for the likes of Doc Watson and Merle Travis and others, but this was the first real country album that a lot of rock listeners under the age of 30 ever heard. Thus, it opened up pathways and dialogue in all directions, across several generations and cultural barriers . . . .”

McEuen, who will reunite with the Dirt Band for a Circle tour this summer, thinks that the runaway success of O Brother and renewed interest in the Circle album shows that mainstream audiences respond to authenticity. “To me, it says that there’s a lot of people out there who, once they see where to go for this kind of music, flock there,” he muses. “I think that, as with the Circle album, the O Brother soundtrack is music that’s listener friendly. You feel like it’s made by people and you feel closer to the music. You know, it’s not overworked, synthesizer-laden, electronic vocal tuning–it’s more real.”

And if there’s one thing society has learned in the post-Sept. 11 era, he adds, it’s that people return to their core values in troubled times.

“This music is a safe place to go,” he says. “With the Circle album, there was no comment about Republicans or Democrats or hippies or rednecks or longhairs or the Vietnam War. None of that came into play; the album was simply a reflection of real good parts of Americana.”