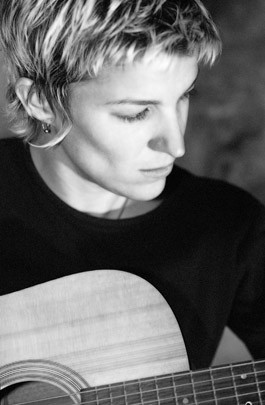 A horrible situation&–losing our lease—was a blessing in disguise.” Becky Steere can say that now—now that the venerable Sweetwater, Mill Valley’s iconic downtown live music venue, has, quite literally, a new lease on life.

And a new address. When it reopens later this spring, the Sweetwater, which Becky and Thom Steere have owned since 1998, will be located at 32 Miller Ave., just around the corner from the cozy space on Throckmorton that was home to the club for its first 30-plus years.

That fabled history—studded with legendary impromptu jams and low-key performances by both neighboring and visiting rock luminaries such as Elvis Costello, Bonnie Raitt, Jerry Garcia, Carlos Santana, Bob Weir, Huey Lewis and dozens more—came to an inglorious end last fall when the building’s owners pulled the plug on the month-to-month lease extensions under which the venue had operated for the previous two years. Although relations between the Steeres and their landlords had long been difficult, the eviction was based on needs to renovate the aging building, a family spokesman said at the time, rather than any particular or cumulative issues with the club.

An outpouring of dismay and protest from patrons, music lovers and scene-makers did not affect the deadline, and the original Sweetwater shut its doors for the last time at the end of September. But that groundswell of support proved pivotal to the club’s impending rebirth, as it helped the Steeres access the considerable cash needed to remodel the former Greenwood furniture store that is becoming their new home.

Not only is the new space larger than the 90-seat room the Sweetwater formerly occupied, “It has the same footprint as the old Sweetwater,” Steere says, adding that it is a little wider, “and it has the nice high ceilings, the skylight, everything we wanted”—including “a much better lease, a long-term lease.”

The relocation won the sanction of the Mill Valley Planning Commission in mid-December, a well-attended session that culminated in a unanimous vote to approve the necessary permits.

“They welcomed Sweetwater back,” Steere says. “Even the opposition—which really wasn’t opposition, but was just homeowners who live close by—even they supported the club reopening.”

When that happens (no date has been announced yet), visitors can expect a lot of familiar elements in the new Sweetwater. “When we moved out of the old Sweetwater site, we took everything with us,” Becky says. “We took the 26-foot bar and all of the stained glass and old cabinets behind that. We also took all of the barn wood that was attached to the walls, and of course all the memorabilia. So we are recreating that in the new space.”

Of course, there will be some changes, too: fully accessible bathrooms, an upgraded sound system and generally new furnishings throughout. “It will be a much more people-friendly environment,” Steere promises. “We’ll be able to put more people in, but in a less cramped area.”

While the remodeling work is underway, the Steeres have begun offering live music dates at the former Larkspur Cafe Theater, now rechristened the Sweetwater Station. Most of those acts are acoustic, she notes. “It’s a much different venue, more of a listening room.” Even so, it’s bigger than the original Sweetwater, with seating for 100 at tables, and another 50 in the adjoining bar.

The Station also boasts a busy calendar, with weekly open mics on Tuesdays and notable upcoming dates by Peter Rowan (Feb. 21), Chris Webster (Feb. 27) and a “Jerry Day” benefit with Jelly and the Jerry All-Stars on Feb. 22. (Jerry Day itself comes around on Aug. 3.)

The quadrennially extended month will be observed Feb. 29 with a special leap year event, a triple bill featuring Jim Brunberg (formerly of Box Set), Ashleigh Flynn (a CD release party) and Ric Hardin and his band. Hosted by the newly launched local label About Records, the date will also include a 4pm songwriters’ workshop and competition. The writer of the best song there wins a spot on the bill at the label’s next event.

“We’re trying to reach out and cross-pollinate” among area performers, says Drew Pearce, About’s music performance manager, who freely admits that the events also serve as a convenient form of talent-scouting. Which adds, of course, to any Sweetwater venue’s usual form of entertainment: talent-spotting.