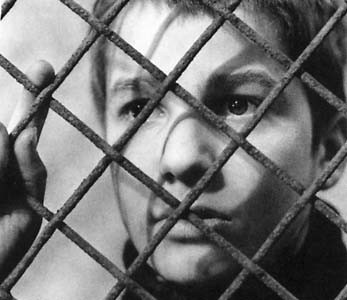 A TEMPESTUOUS prodigy who grew up to symbolize the film establishment that he scorned as a young man, François Truffaut changed both the movie industry and the way we all think about cinema. He was so pivotal in shaping his generation’s aesthetic ideas that Antoine de Baecque and Serge Toubiana’s excellent new biography of him reads almost as a history of French film, a critical survey full of the romance, nuance, and bittersweet drama of a good novel.

Additionally, so much of Truffaut (Knopf; $30) resonates with our own culture that it seems to illuminate the dead ends that American movies have reached–surprisingly, the manifestos that Truffaut penned in the ’50s seem equally revelatory today.

The leader of the French New Wave, Truffaut fought for a highly personal, independent cinema, first as an enfant terrible critic and later as a director. (You can see a selection of his films, including The 400 Blows and Jules and Jim, through June 24 at the newly renovated Rafael Film Center in San Rafael.)

Truffaut was still in his 20s when he formulated the auteur theory, the idea that a director is the “author” of his films (an idea that is somewhat taken for granted–even taken to excess–today). It was largely through his tireless championing of Alfred Hitchcock that the master of suspense was recognized as a genius in America, years after he’d been canonized by the gang at Cahiers du Cinéma, the critical organ of the New Wave.

As a writer, Truffaut cleared the way for his films and those of his compatriots–Jean-Luc Godard, Claude Chabrol, Jacques Rivette, and others–by mercilessly attacking the generation preceding him. Reading his jeremiads today, one is struck by how accurately they depict the malaise our own film industry is suffering from.

“The director should have the same humility toward his characters that St. Francis of Assisi had toward God,” wrote Truffaut in “The Time of Contempt: Notes on a Certain Tendency of the French Cinema,” the essay that launched his career as a critic.

“For us to accept infamous characters, the person who creates them must be even more infamous,” he wrote. “Anathema, blasphemy, sarcasm are the three passwords of French screenwriters … . These ‘superior’ artists claim to be superior to their creations; this presumption explains, but fails to excuse, the bankruptcy of the arts since the invention of motion pictures.”

At the time, we learn in Truffaut, his attack on the cynicism of the French film industry was seen by some as right wing, and, indeed, Truffaut began his career as a conservative, largely in response to the dogmatically Communist cultural establishment. But the director, who would, in middle age, sell copies of the banned newspaper La Cause du Peuple in the street with Sartre and de Beauvoir, wasn’t a moralizer in his films. He was a humanist, lyrical and empathetic but unsentimental, alert to contradictions and distrustful of all politics.

Truffaut was 28 when he demonstrated his conception of a new cinema with the groundbreaking The 400 Blows, based on Truffaut’s own bitter adolescence as a neglected, somewhat hapless juvenile delinquent. The 400 Blows captures both the conspiratorial joys of childhood and the horrific frustration of being at the mercy of unkind adults. The movie introduced Jean-Pierre Léaud, who was to be Truffaut’s alter ego in several other films, and, after winning the prize for best direction at Cannes, it spurred a national debate on child abuse.

One of the things that makes Truffaut such a fascinating biography is the way the book’s authors, like Truffaut himself in Day for Night, switch effortlessly between the films themselves and the behind-the-scenes dramas. Truffaut’s habit of having affairs with his leading ladies surely helped in this regard–it certainly sheds light on the melancholy passion of Jules and Jim, a film about an impossible ménage à trois in which two best friends live together with Catherine, the woman they both love.

Catherine was played by Jeanne Moreau, who became Truffaut’s lover and muse. Toubiana and de Baecque quote a friend of Truffaut’s who stopped by the set, “It was complicated because everyone was in love with Jeanne Moreau–the producer Raoul Lévy, who came by unexpectedly, Henri Serre, François himself. He was literally fascinated by her. The ambiance was euphoric at times and at times painful, almost tragic,” a perfect description of the ambiance of the film as well.

Jules and Jim was, of course, enormously celebrated. After such a rocket rise to the top of his profession, it was inevitable that Truffaut’s ferociously adversarial stance would mellow. In the biography, this makes him a much more interesting character, because Antoine de Baecque and Serge Toubiana capture the tension between Truffaut’s anarchistic streak and his mainstream ambitions.

The director, they write, considered himself a craftsman, not an artist, and had little use for the avant-garde, which led to a falling-out with his friend and colleague Godard. Godard sent him a scathing letter after seeing Day for Night, ending insolently with the line, “After Day for Night, you ought to help me, so that audiences don’t think that the only kind of movies being made are your kind.”

The split that followed would mark the end of the New Wave, and while Godard wasn’t the only one at the time to decry Truffaut’s increasing conventionality, our authors’ sympathies are clearly with their subject. “Refusing to play the martyr (he left that to Godard), Truffaut pleaded his cause, that of an independent director whose career was punctuated with both success and failure: “‘I take complete responsibility for the films I make, their qualities and faults, and I never blame the system.'”

Indeed, there’s a deep respect for Truffaut that’s implicit in every line of the book and that suggests the authors’ willingness to always give the director the benefit of the doubt. With his compulsive womanizing, his shifting values and uneven oeuvre, there’s much in Truffaut’s life that Toubiana and de Baecque could have used against him. Though the man was eternally unfaithful to women, for example, there’s little evidence here of the pain and bitterness he must surely have caused at least a few of his lovers.

But while the biography surely glosses over a few of the messier aspects of Truffaut’s personal life, the writers’ sympathy ends up being a virtue. Like Truffaut’s greatest films, Truffaut is both authoritative and humble, with a truth and morality born of suspended judgment.