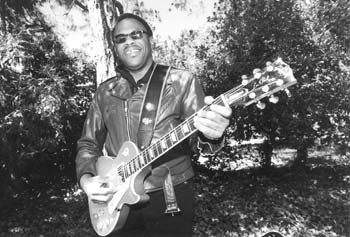 THE Sonoma County Independent presents the fourth annual Russian River Blues Festival on Saturday and Sunday, June 26 and 27, on the sun-drenched sands at Johnson’s Beach in Guerneville.

This year’s stellar roster includes some of the cream of the blues–both Etta James and Koko Taylor won national W.C. Handy Blues Awards on May 27 as Soul Blues Female Artist of the Year and Traditional Blues Female Artist of the Year, respectively–a reunion of the original Booker T. & the MGs, and a rare Bay Area appearance by Chicago bluesman Magic Slim, one of the last of the real Southside blues players.